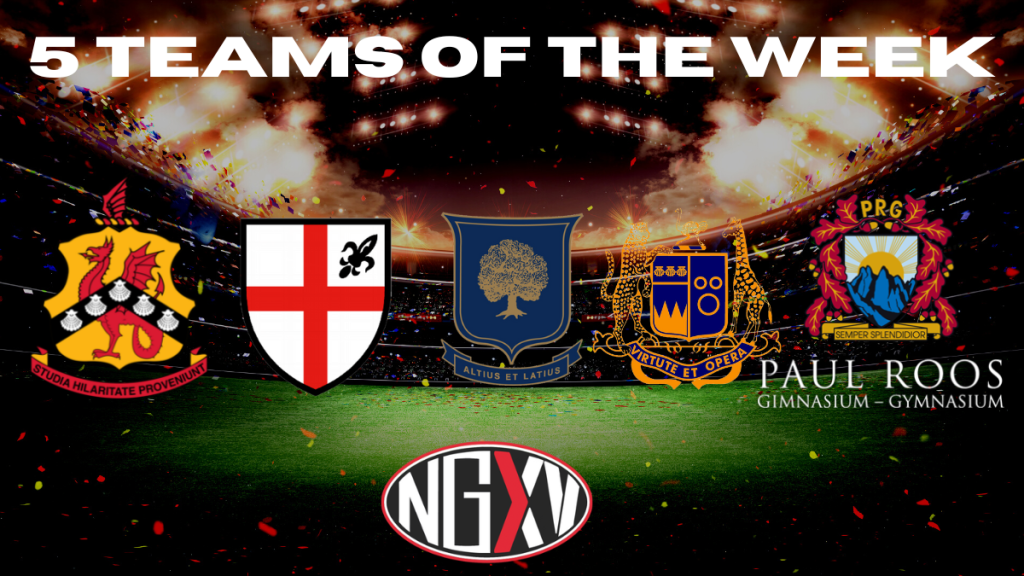 Everyone recognizes that Hudson Park have become Eastern Cape powerhouses in recent years, this years team has enthralled many with some entertaining rugby being played. The East London side were hot favourites against the Mkhanda based outfit but new coach James Winstanley and his charges provided a master class in beating Hudson 34-6 away from home.

Winstanley coincidentally is credited with creating this new Hudson dynasty and by the looks of things already Kingswood are reaping the rewards of this exciting and dynamic coaches approach to the game.

What a weekend it has been for the KZN school, the team has long been together as a unit and it can be seen in the way they give it their all until the final whistle. Although not a traditional “powerhouse” in terms of their rugby program they play a game that is there to entertain and they do things their own way which can only be commended.

Their win over St Charles on founders day was their first in six years and was a special moment that will be remembered by these boys for the rest of their lives.

It’s been a strange old year for the boys of Bosch, there have been times they have enthralled with their play and then a game later they seem to lose their way. This was one of those weeks where they enthralled beating Cape powerhouse Stellenberg.

Although they had a sound win over Paarl Boys many still felt that Stellenberg may be a bridge too far, Rondebosch silenced their detractors with a great win and credit must go to the team and their coaching staff. If they can consistently deliver on this level who knows where they end up in terms of the end of the year rankings.

The Graeme and St Andrews rivalry goes back over 100 years and has been a keenly contested game for many of those years. There is little doubt however that in recent years St Andrews have no doubt been the Kings of Mkahnda dominating both their local rivals.

This dominance over Graeme especially on Lower Field came to an end with Graeme securing a hard fought victory by 11-5 and thus being the first Graeme team to win on the field in what we have been told is 26 years. A truly historic moment.

This has to be one of the best seasons of school rugby I have ever witnessed. We can usually expect at least one dominant team each year and this year every punter predicted that being Paarl Gim. Fresh off a victory over Grey College, Gimmies at home against a Paul Roos team that were pipped by Garsfontein it was a foregone conclusion that Gim would take home the spoils.

Paul Roos had other ideas however, and inspired by the “Boogieman” the team rallied to a come from behind victory in what was no doubt the game of the weekend. Paul Roos hearts have been broken by last minute losses and tight margins, this weekend it was their turn to do it, and they did it to one of the finest teams in the country!