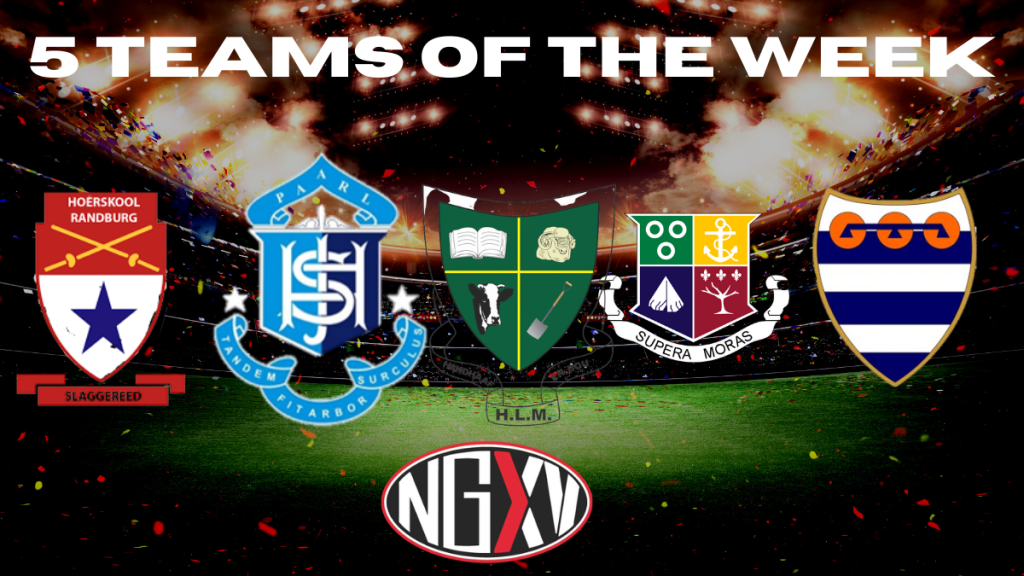 Not many understand how big the derby is between Randburg and Linden, it is often cited as one of the most underrated derbies in the country and is often fiercely contested.

This year the spoils went to the boys from Hoerskool Randburg who played some enterprising rugby in their 25-10 win. These “smaller” derbies are often overlooked, let’s hope they get the airtime and coverage they deserve in the future.

A winelands classic was on the cards this past weekend with Paul Roos certainly fancying themselves after defeating Paarl Gim.

Paarl Boys one feels re-shook the foundations of schools rugby with a stellar performance, the group still finding their feet under Sean Erasmus seems to be firing on all cylinders and their epic 35-15 win will long be remembered.

Framesby a Top 20 outfit this year and so far the Eastern Cape’s premier rugby school travelled down to Cradock with a lot of confidence for the weekends fixtures.

Marlow however had no intention of letting the visitors have an easy day and recorded wins at every age group to dominate the days proceedings. We have often cited Marlow as having one of the most underrated programs in the country and despite their relative small size they often punch far above their weight.

After last weeks massive win over Boland Landbou Wynberg continue their rich run of form, this time delivering arguably the upset of the weekend with a win over Bishops ending the latters unbeaten season.

During our season preview we mentioned that the Southern Suburbs derby would likely be far more competitive this year but judging by early season form Bishops were the team to beat, Wynberg did so on the Piley Rees making the occasion that much more spectacular.

It simply had to come together for Jannie’s boys, there have been moments of magic during the season but putting it all together for the full 70 minutes has been the challenge, and what a time it was to rise to the occasion.

With numerous injuries and taking on an Affies team who had this season overcome the likes of Paul Roos and Paarl Gim, the latter which has beaten Grey College this season it looked like it may be a bridge too far for the boys from Bloem as they travelled to Pretoria.

A mammoth crowd gathered in anticipation and the fixture itself did not disappoint in the least! Although the scoreline 43-24 suggests it was one sides it could have gone either way in the final quarter.

There are many who wrote Grey off before the fixture, but those outside of the school do not fully understand the value of “Grey Guts” and that is ultimately what won the day.