U20 Six Nations Summer Series: All you need to know 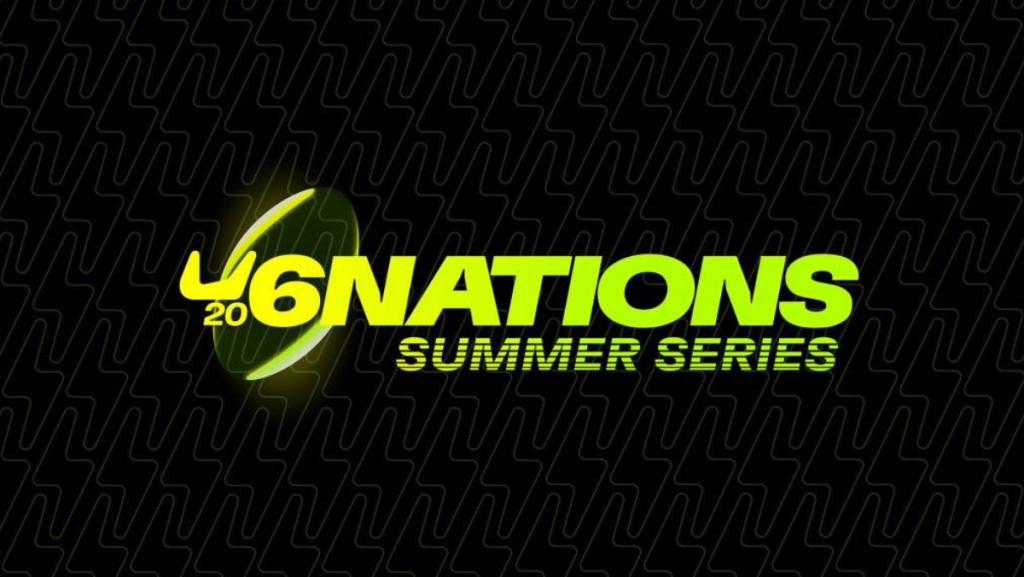 This Friday sees the inaugural U20 Six Nations Summer Series kick off, with eight nations competing in Italy, the six regular Six Nations sides plus South Africa and Georgia.

The tournament is a stand-in alongside the Oceania U20s as the world of age-grade rugby gears up for the long awaited return of the World Rugby U20 Championships in the summer of 2023 after the 2020, 2021, and 2022 events were all cancelled due to Covid.

The eight teams are split into two pools of four teams, with England, France, Ireland, and South Africa in Pool A, and Georgia, Italy, Scotland, and Wales in Pool B. Each side will face ever team in their pool before then facing their counterpart from the other pool on the final day of the tournament.

The tournament will fun from Friday 24th June to Tuesday 12th July and it will be split across two host venues; Verona and Treviso. Pool A’s fixtures will all be at the Payanini Centre in Verona, while Pool B’s games will be at the Stadio Di Monigo in Treviso, as will the final round of cross-pool games, and every game will be live streamed on Six Nations U20’s YouTube Channel.

Pool A fixtures will take place the day before Pool B fixtures through each round, with each pools games always starting first with a 5pm kick off and then with an 8pm kick off, before a full day of final round fixtures on Tuesday 12th July.

England v South Africa will open the tournament on Friday at 5pm ahead of France v Ireland at 8pm, with Scotland taking on Wales on Saturday at 5, followed by host nation Italy against Georgia at 8pm.

All sides bar Georgia have announced their squads ahead of Friday’s start, and the teams are already looking exciting, with this a huge opportunity for players to make a name for themselves ahead of a potential step up to senior set ups in the near future, and even for a few that were playing U18 rugby just a few months ago to get a shot.

Head Coach Alan Dickens is without London Irish pair Henry Arundell and Will Joseph after both were named in Eddie Jones’ senior squad to tour Australia as apprentices, but still has a hugely exciting squad with no little experience.  The likes of London Irish’s Lucas Brooke and Northampton Saints’ Ethan Grayson have huge experience and can lean on fathers’ with even more, while in Ewan Richards, with 7 U20 caps, they have another man of huge experience who has also thrived at senior level with Bath, similarly Fin Smith, who has been immense for Worcester Warriors. In Toby Knight and Emeka Ilione, England have back rowers with bags of experience and real leadership, while at the other end of the scale Saracens’ Charlie Bracken, Bath’s Sam Harris, and Harlequins’ Conor Oresanya are all still currently active schoolboys at St Albans, Millfield, and John Fisher respectively, it is a squad with a bit of everything.

Jean-Marc Béderède has named a large squad, with some expected to be called into France’s senior squad that is touring Japan. Surely one of those being Racing 92 scrum half Nolann Le Garrec, who starred for the Barbarians in their defeat of England on Sunday. Among the other exciting young talents are Stade Francais fly half Léo Barré and Brodeaux full back Louis Bielle-Biarrey, as well as Agen centre Emilien Gailleton. However it is in the back row where this French side really starts to excite, with Toulouse’s Théo Ntamack, younger brother of Romain, and Clermont Auvergne’s Killian Tixeront two particularly exciting young talents.

Look out for Montpellier fly half Mathis Modebadze, who is likely to be selected, as well as fellow France based stars Davit Gvelesiani, and Nikoloz Sutidze at hooker, Sergo Abramishvili and Aleksandze Kuntelia at prop, lock Aleksandze Burduli, and Number 8 Beka Shvangiradze.\

Ireland are led by the superb Ulster back rower Reuben Crothers, and he has some major firepower alongside him in the likes of Diarmuid Mangan and Lorcan McLoughlin, his Ulster colleague. There is plenty to be excited about in the backline too, not least Leinster’s Aitzol King, while his fellow Leinsterman Sam Prendergast is another precocious talent, and with a noteworthy family name too. Look out too for the two IQ Rugby selections, Gloucster’s Dominic Rhys Hey, and Cardiff Uni’s George Shaw.

Massimo Brunello names a strong group, including Benetton’s Alex Artuso, Lorenzo Pani, and Matteo Rubinato, as well as Luca Rizzoli of Capitolina, the young prop is a huge rising star, so too Sevastiano Battara, the Toulon man.

Kenny Murray’s squad features 19 of the side that featured in the U20 Six Nations campaign, including skipper Rhys Tait, who is part of a back row unit that includes some serious talent in the likes of Newcastle Falcons’ Matt Deehan and Exeter Chiefs’ Ollie Leatherbarrow, to name a couple. Joining them is Liam McConnell, the Scotland U18 captain, who is joined in the squad by fellow U18 man Kerr Johnstone, and Strathallan schoolboy Callum Norrie. Amont the others to look out for are Edinburgh’s Patrick Harrison and Glasgow Warriors’ Max Williamson, and there are a pair of halfbacks with some very familiar names in Murray Redpath and Christian Townsend, whose fathers made up one of Scotland’s finest half back pairings.

Bafana Nhleko has picked plenty of players with URC experience including Reinghardy Ludwig and Canan Moodie of the Bulls, Lions pair Nico Steyn and RUan Venter, and DHL Stormers’ Connor Evans and Sacha Mngomezulu, who is rapidly matching the enormous potential he showed through his school years. It is one of the smaller squads, with just 30 selected, but nevertheless South Africa look like being on of the favourites overall, though with England, France, and Ireland for company, they are definitely in the trickier of the two pools. Should be fascinating to see them in international competition with their European counterparts.

Byron Hayward as named a cracking squad, including the capped Exeter Chiefs lock Christ Tshiunza, one of the most exciting talents in the world. He is selected alongside his Exeter Chiefs second row partner Dafydd Jenkins, and fellow Chief Oli Burrows, while also in the squad are Ealing Trailfinders’ Morgan Veness and Harlequins’ Bryn Bradley. Ospreys’ Joe Hawkins will captain the side in the absence of the injured Alex Mann, and will have strong centre options around him in Bradley and Cardiff’s Mason Grady. Look out too for Ospreys back row Morgan Morse, who starred in the U18 Six Nations Festival.