South Africa: 5 teams of the weekend 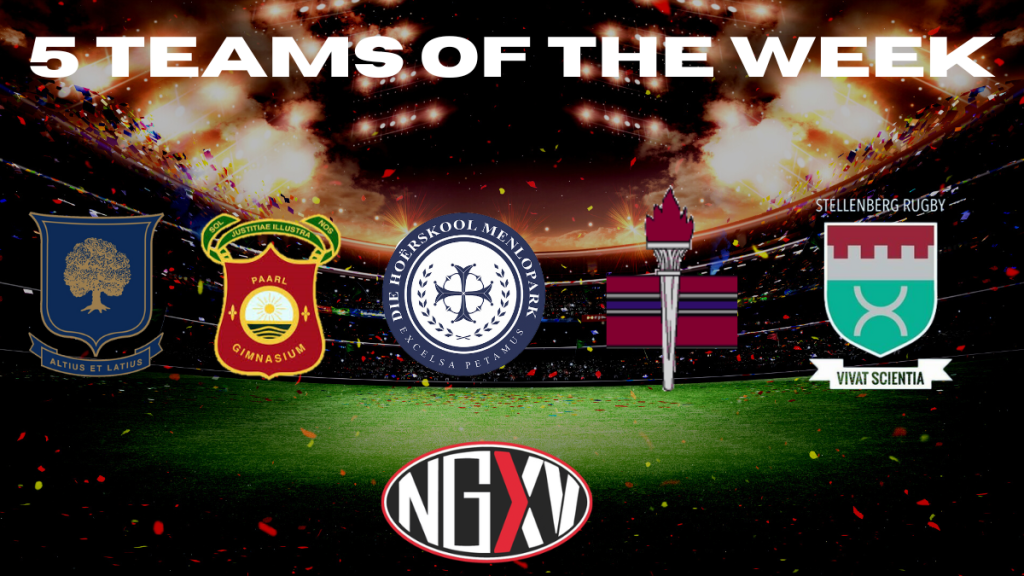 Join us at the World Schools Festival, click here.

Southern Suburbs schools have faired pretty poorly against their Winelands brothers over the last decade but for this year Rondebosch have claimed the scalps of 3 of the 4 powerhouses with Boland Landbou being their latest victim.

A season of inconsistency has seen their chances of a top 5 go out the window but had they pulled through wins they should have no doubt the program would be thereabouts. A fantastic season none the less and one the boys should be proud of.

The golden generation seem to be coming right just as interschools casts it’s shadow over the Paarl community and their win over Bishops showed just how much class is in this team.

The return of the likes of Shaun Ray and Liam Koen is perfect timing and the two stalwarts were instrumental in their big win, a clean sweep over the Southern Suburbs teams this year and a well deserved return to the number 1 spot in our rankings.

Menlo are one of the head scratchers in terms of rugby programs within South Africa. At junior level we have seen some fantastic teams come through only for it not to click in their final year. This years group although talented did not achieve the goals they likely set forth at the start of the season, so going into the game with EG Jansen a team in red hot form there was likely only one winner.

Menlopark however dispensed with conventional wisdom and completely outplayed their fancied opponents to cause one of the upsets of the season, Nico Luus’ appointment seems to have the school going in the right direction and long may it continue.

Personally I have loved watching Framesby this year. Their team is packed with exciting prospects and the spirit that exists within the team is second to none, when it comes to the big games the difference between a win and a loss can be how much your team mate is willing to go to war with you.

This weekend was a war, a battle for local supremacy in the Nelson Mandela Metro area and it was Framesby who came up on top in a tight 14-10 win. The victory meant the world to the boys, the emotions were running high and what a day it was for Eastern Cape rugby.

There is no school in the country whose place in our rankings is more badly effected than Stellenberg. They are far higher in quality than the rankings suggest and this all falls down to the fact that they play in a lower league and therefore don’t play Level A-C opponents on a regular basis.

Is it a problem with our rankings or is it a problem with the powers that be? Just what does this school have to do to be given the “privilege” of playing higher level schools, especially when they have claimed scalps such as Monnas in recent years.

The local support that exists in the area is second to none, the community comes together for the school and I believe that the program will become a regular fixture in terms of a Top 10 team in the very near future.

Their win over Outeniqua who have several international players at the school showed their pedigree, they truly fired a shot at all critics with an immense performance and long may the Jade Brigade march on into what could be a golden era for the school.