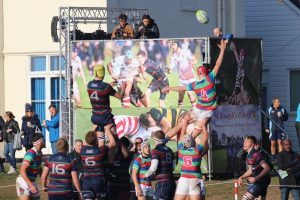 The teams for the 2022 St Joseph’s Festival have been revealed and there are three changes to the 2021 Festival line-up.

Marlborough College, Strathallan, and Schools Cup champions Trinity all enter the fray, in place of Cheltenham College, Eltham College, and King’s Worcester for the 2022 competition, which takes place across Saturday 15th and Sunday 16th October.

It adds to an overall sense of quality and geographical spread at the Festival that is making it feel as though it is reaching ever greater heights year on year.

NextGenXV will once again be live streaming every single game of the tournament from both pitches and all games will be available on our YouTube channel, on this website, and on the St Joseph’s Festival website. 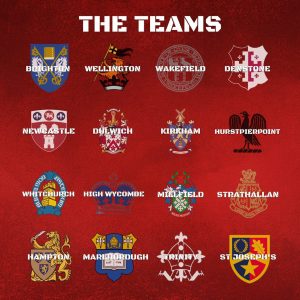 On the 2022 Festival teams, Strathallan come down from Scotland to give the tournament even more of a UK feel, Whitchurch High School also come across again from Wales.

Marlborough meanwhile pick up that South West-ish mantle alongside the reigning champions, Millfield, who are the most successful side in the competition’s history, only adding to that sense with last year’s sensational triumph.

Trinity’s entrance undoubtedly adds to the Festival’s allure, they are already looking like one of the best sides in the country and as Schools Cup champions they arrive with plenty of prestige. Joining them from the London area are 2011 champions Dulwich College, 2015 champions Hampton, and 2019 champions Wellington College, a top quality trio if ever there was one.

From the south coast are Hurstpierpoint College and 2017 champions Brighton College, who also reached last year’s final and are one of the great Festival sides.

St Joseph’s College are the hosts, and last year’s Shield winners are the only side from East Anglia in the Festival. Bowl winners RGS High Wycombe also return, they are real fixtures here and former champions, they are one of two sides from differing areas in the midlands, the other being Denstone College, Plate winners in 2015 but with sights surely set on the Cup mix.

From the North of the country come three heavyweights and two former champions in QEGS Wakefield and, more recently, RGS Newcastle the 2018 champions. They are joined by Kirkham Grammar School, who won last year’s Plate and reached the final in their debut in 2019 and are surely going to be one of the favourites this year.

The draw is soon to be released, but until then do catch up on all of last year’s thrills and spills below – there’s sure to be plenty more this year!