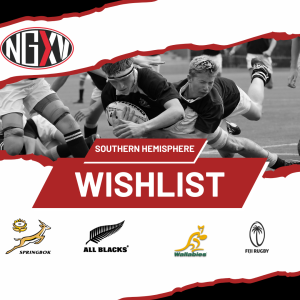 With the World Schools Festival officially announced, we here at NextGenXV thought we would go over a wish list of schools we would love to see attend the event.

In this analysis we are going to look at 5 Southern Hemisphere schools each from Australia, New Zealand and South Africa and of course a few from Fiji. This years event will naturally only include 8 schools in a knockout format compared to the previous Ryder Cup style system, even so if even a few of these schools are able to attend we certainly believe it will justify the hype currently surrounding the tournament.


We ranked Barker number 2 on our global ranking, the team has performed exceptionally well this year winning the CAS handily only losing to Scots College in the pre-season before beating Nudgee College in an unofficial national title.

A fantastic history and with 2 alumni in this years Australia Under 20 squad in Adrian Brown and Ned Slack-Smith we certainly see more than a few future league and Union stars in this years crop. Their CAS win was the 19th in their history ranking them third on the roll of honour.

Barker currently rank 61st in our all time schools rankings program but we certainly expect them to jump up a few places with their exploits in 2022.


An absolute juggernaut of a program in terms of the GPS, Nudgee have dominated the competition since it’s inception winning the competition with 43 titles, 35 of those being outright and 8 shared including the 2022 edition.

The school has an impressive list of alumni with too many to mention but 84 Australian Under 18 internationals tells you all you need to know.

Nudgee currently rank 7th on our all time school rankings program but expect them to potentially leap into 6th place with their performances in 2022.


Another powerful GPS school, Southport have produced 65 Australian Under 18 internationals and are well known for an expansive style of rugby that would certainly catch the eye at the World Schools Festival.

11 GPS titles in their history and a enviable roster of top class athletes who have come through the system they would certainly be a worthy addition to the festival.


St Edmunds have not made our all time rugby programs list although they certainly would be up there, purely due to the fact that we do not have enough data on their competition history and therefore cannot ascertain their historical and current titles which is a key criteria when it comes to our system.

Make no mistake about the strength of this program however, they have won the Waratah Shield more times than any other school, lifting the trophy 14 times including 8 straight wins before they were barred from competing in the competition in 2004 due to their ongoing dominance.

With most of school rugby focused on Queensland and New South Wales competitions we felt that having an Australian program from outside of the traditional powerhouse programs and one with such a proud history would of added significantly to the diversity of the competition.

The grand daddy of Australian schools rugby programs, Joeys have an extremely rich rugby history with the school dominating the AAGPS competition historically win 57 titles. If that is not enough 47 Wallabies have graced their fields and a mind blowing 102 Under 18 internationals to boot.

Ranked 11th in our global rankings, there is hardly a weak team that has been produced by the school and to show just how prestigious their history is they are ranked 2nd on our all time school rugby programs list.

No doubt invitations have been sent, we just hope a school of this stature would take on the challenge.


One of the dominant forces in New Zealand rugby, the school is known for their consistently excellent program produced a total of 51 New Zealand Under 18 internationals with that number likely to climb this year with some exceptional players sure to make the national squad.

The school plays in the Super 8 competition which it has long dominated, Rotorua took the title this year but it was the first time in 10 years that Hamilton had not won the competition. They more than made up for this with a national championship win.

A big name program with big boys, Kelston compete in the Auckland 1A competition one of the toughest on the planet. Historically they have won the title 12 times in their illustrious history including this year. In 2021 such were there performances we ranked them as the best rugby school in the world, looking at some of the players who have come through this program it shouldn’t shock those in the know.

They fell short just before the Top 4 competition, a competition they have won a record equaling 5 times. 36 New Zealand Under 18 internationals have come through the program and certainly more than a few more will be added over the coming years.


We referred to the Napier Boys class of 2022 as the “people’s champions”, the reason being that not many gave them a chance to go all the way this year but they fell agonizingly short in the New Zealand national final with a loss to Hamilton Boys.

Napier were part of the 2018 and 2019 editions of the World Schools Festival and to have them back would be almost poetic seeing as they were one of the early supporters of the tournament.


At one point we were convinced that we would have to name the school as number 1 on our global rankings, a 100% record in the Auckland 1a league happens once in a blue moon. Their dominance looked to continue with a win in the semi-finals at the knockout stage but unfortunately for the boys they fell short in the final against a motivated Kelston Boys team.

In 2018 they won the championship against the odds, a fantastic season for the team allowing them to travel to Japan for the SANIX festival in 2019 where they lost to a strong Paul Roos side. Could we see a matchup between these two teams in the near future? One can certainly hope.


A fairytale season in 2022, Westlake defied all the odds on their way to qualifying for the national Top 4 championship. There is no school in the North Harbour 1A that has dominated in the fashion that Westlake Boys have with their 18 titles placing them far ahead of their competitors.

Unfortunately for the school they fall in the Blues region which means an annual play-off against the winner of the Auckland 1A competition which is often a bridge too far for the team. This year however they made history and beat Kelston to qualify for the Top 4.

Although they lost their semi-final matchup they did manage to secure a third place finish by beating South Island champs John McGlashan. Would Westlake be a favourite at the tournament? Likely not, but a historical team always deserves a historical opportunity and we would love to see them take on the worlds best in Thailand.

A powerhouse of South African school rugby, the Affies program seemed to be falling backwards slightly over the last 5 years especially due to investment by their competitors but judging by this years results and looking at the lower age groups there is absolutely no doubt they are going to be challenging for a top  spot in South Africa for the foreseeable future.

Their coaching team and structures are among the best in the country, and they would add much value to the festival especially with their physical intensity. 29 SA Schools players and 11 Springboks have come through the system, a testament to their fantastic history.

Garsfontein are new kids on the block in terms of South African rugby powerhouses but make no mistake this is one of the best programs in the country right now. 2022 was an excellent year for the team winning the Pretoria Cup and completing the treble over rivals Affies, Menlopark and Waterkloof for the first time in their history.

Next years team will be something special we are told and to see them in Thailand testing their wits against some of the best schools on the planet would certainly tell us where they stand on a global scale.

Where do we even begin? How about a 91% historical win rate based on over 100 years of rugby fixtures? How about 115 Under 18 internationals? It would require a completely separate article for us to list all of the school’s achievements.

It is basically accepted that historically speaking no schools rugby program on the planet comes close to Grey in terms of prestige, this years team were ranked 2nd on our South African rankings and 5th globally but make no mistake the class of 2023 is going to be something special.

There cannot be a schools festival of this magnitude without a Grey College present.

The return of Sean Erasmus was met with great excitement and although there were some blips along the way the boys fully bought into the coaches philosophy with the cherry on top being Erasmus’ 5th consecutive Paarl Derby win.

The school has extreme strength in depth and the level of talent that exists across all age groups is a sight to behold, Paarl Boys were the first ever host of the World Schools Festival and it would be something special to have them be at the first festival hosted outside of South Africa.


How can you resist including Paarl Gim in any list such as this? The arch rivals of Paarl Boys the school is co-ed and possesses half the number of boys that most of their opponents have yet every year consistently compete with the best.

Two wins in a row over Grey College in tightly contested games shows the pedigree of the program and although they lost 3 games this year each was by a razor thing margin, this year was to be an Invincibles team but injury and bad luck prevented this.

A worthy addition to the festival and if not attending this year we hope to see them at future events.

Another school that simply has to be included, RKS are known to be formidable opponents to all they face and to see the size, strength and speed of some of those boys is a sight to behold.

Regular Deans Cup champions and the 2018 SANIX Festival winners, the school would certainly be a worthy addition to the tournament and you can bet your bottom dollar scouts from across Europe and Australasia would be booking their tickets tomorrow if they knew the Lodoni based outfit were to be attending.

The Lawaki based outfit are another formidable outfit to come out of Fiji and in the present may be overshadowed by RKS according to some punters but best believe that they play second fiddle to nobody.

They were, some could argue the dominant program in Fiji until the 1980’s when RKS’ program started gathering momentum but they are still regularly considered to be among the tournament favourites at the start of each season. Which future super stars will come out of this school and will we see them at the festival?

Who would you like to see attend? Let us know by commenting below.