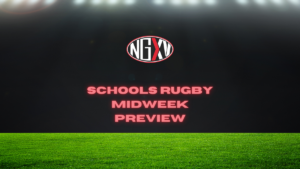 There are some crucial games in the coming days as the term’s School Rugby moves towards its epic conclusion.

With the Schools Cup, Vase, and Bowl all seeing action through the week, plus a number of huge County Cup games, and two live streams, including the fifth round of The Schools Championship, it is a week that is full of major action.

If it follows on from the weekend, and that stunning fourth round in The Schools Championship (which you can watch again below), then it should be a superb week.

The action all begins on Tuesday and a triangular in Norfolk looks set to grab many of the headlines, with Langley, Norwich, and Wymondham College coming together in what should be a high-level encounter.

Elsewhere, Woodbridge are in action at home against St Felix, and Bishop’s Stortford College are hosting King’s Ely, over in the South West Wells Cathedral host Dauntsey’s

Wednesday is an absolutely massive day and perhaps nowhere more so than in the U18 Schools Cup, where The Judd and Trinity meet in the London & South East A regional final, the last of the regional finals. The winners will join RGS Newcastle, King’s Macclesfield, Oakham, Finborough, Harrow, Marlborough College, and Blundell’s as the final quarter finalists, a selection of some of the best teams in the country this year though. More than that though, is the overall picture of the season, both of these two have been utterly unbelievable this season, both are unbeaten, and both have had some huge moments. For Trinity, this is about continuing their defence of this Schools Cup title and maintaining their momentum in this most superb of seasons. For The Judd victory would possible be even bigger. Certainly it would be their most significant victory, one that more than puts them in amongst the big boys and that could lead to even greater achievements. It is going to be huge.

Equally huge will be our live stream of Sedbergh v Wellington College, Round 5 in The Schools Championship. The final game of The Schools Championship and hopefully the penultimate for Sedbergh, assuming their game with Millfield goes ahead. There is an opportunity for either side to top the table with a victory, but expect drama at Broadstreet on Wednesday evening as games between these two tend to go that way. Dramatic late victories are the hallmark of these games, and you will be able to catch every second of the drama live here on NextGenXV.

You will also, as last year, be able to catch all of the action from the 2nd XV game too, which will be broadcast here on NextGenXV ahead of the kick off between the two 1st XVs, and you can check out our preview of the evening’s action here: Sedbergh v Wellington College Preview | The Schools Championship, Round 5.

There is some fantastic U18 Schools Vase action on Wednesday too at Regional Final level. In London & South East A Claires Court host Reigate Grammar, while in Midlands A hosts Princethorpe College welcome Dr Challoner’s Grammar. In North A it’s a key head to head between St Anselm’s College and St Ambrose College.

Over in Bowl there is a catchup third round game in North A as The Grange host Haberdashers’ Adams, but otherwise it’s all Regional Final action, Portsmouth Grammar hosting Farnborough 6th form College in South West B, while in South West A St Peter’s Gloucester host West Buckland.

There are some wonderful evening games, not least at Colchester RFC where two giants of the region go head to head, Ipswich and St Joseph’s College. The determination that each side will have heading into that one will be absolutely massive, and it is sure to be an atmosphere and a game that is absolutely loaded with passion. Similarly at Bishop’s Stortford RFC, Bishop’s Stortford High School host Framlingham College.

In the regular season fixtures there are some crackers, Dean Close v Hereford Cathedral in the South West stands out. Meanwhile Cheltenham Bournside host Balcarras, Plymouth College head to Colyton Grammar, and Marling host Cleeve, while Oswestry and Rydal Penrhos go head to head, as do Bryanston and Bournemouth, and Bredon, hosting Bedstone. Cokethorpe have a big one at home to Pate’s Grammar.

Elsewere in the Midlands section of the country, KES Five Ways and KES Camp Hill go head to head, while Samuel Whitbread welcome Cardinal Newman in what could be a very high level game. Haberdashers’ Abraham Darby are also in action, hosting Wrekin College.

Thursday is a huge day, and among the massive fixtures coming up is our live streamed 2.15pm kick off between Seaford College and Hurstpierpoint College, which you will be able to watch on YouTube, on our TikTok page, and via the embedded link below – plus there will be a full preview of that game later in the week.

There is also a key Schools Vase games in London & South East B as Sutton Valence, runners up last year, host Ravens Wood in the Regional Final.

Elsewhere, St John’s Leatherhead are in action at home to Salesian, and St Lawence College are hosting Oakwood Park Grammar.

The South West meanwhile sees much of the rest of the action, Bishop Wordsworth’s v Bryanston looks like a cracker, while Downside head to King’s Bruton and Monkton Combe host KES Bath. Prior Park College are playing host to Clayesmore, and Thomas Hardye welcome Milton Abbey.