Schools Rugby: Midweek Preview | Key Quarter Finals among the many fixtures in an exciting week 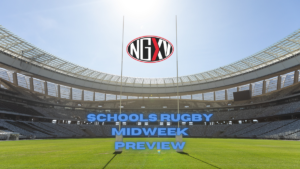 There is some crucial schools rugby action this week, including the last of the U18 Schools Cup and Bowl quarter finals, County Cup action, and plenty more.

Wednesday at 2pm will see our first Live Stream of 2023 as the NextGenXV cameras head to take in Marlborough College v Blundell’s at 2pm, as they play out their rearranged U18 Schools Cup final after the first attempt was cut short due to a serious injury.

You will be able to watch that game on our YouTube channel and on TikTok, as well as embedded below.

That is far from the only action of the week though, particularly on what is going to be a busy Wednesday afternoon.

Trinity are actually in action themselves as they keep their preparations going, they take on a strong Henley College side on Wednesday in what will be a strong test for the Schools Cup champions, who won our inaugural NextGenXV Schools Rugby Table in December.

A side that competed well in that table throughout are Hampton, who had their game against Tiffin on Saturday lost to the weather but the two are able to compete on Wednesday in what should be another strong game.

So too should Hayes v Sutton Valence, two sides that have risen so high in recent times. Hayes won the opening game of the NextGenXV Spring League against Eastbourne College on Friday, while Sutton Valence are coming off the back of another good term before Christmas.

Another game to keep a real eye on is Sir Thomas Rich’s v Llandovery College. Tommies have had a great season and picked up a brilliant victory against a Millfield development side last week, now they hope for more of the same against one of Wales’ giants. That is not the only Anglo-Welsh game, The Crypt are hosting Glantaf, while St Peter’s Gloucester cross the border to take on Whitchurch High School.

The County Cups are seeing plenty of action, in Hampshire Brockenhurst College and Lord Wandsworth College meet in the Plate final, while elsewhere St Edward’s College Liverpool and Stonyhurst meet, so too Hedingham and Coopers’ Coborn.

Thursday is a quieter day but sees three big games, not least in the Schools Bowl where St Mary’s College and The Leys meet in the final quarter final of this year’s competition. The winners will be facing Harrogate Grammar in the semi finals after they beat KES Camp Hill before Christmas, while the other semi final sees Portsmouth Grammar face St Peter’s Gloucester, who progressed after a tense draw with Coopers’ Coborn last week.

Elsewhere the action is in the South West, where Sexey’s host The Gryphon and there is a huge Dorset derby as Canford host Sherborne. The two met in December at Sherborne, with Canford winning that one by an impressive 28-5 margin, adding plenty of spice to this one.

After a week’s break the Premiership Rugby U18 Academy League returns for Round 6, the

This weekend is by far and away 2023’s busiest weekend of school rugby so far,