Blog: Pick your British & Irish Lions XV, is it better than ours? 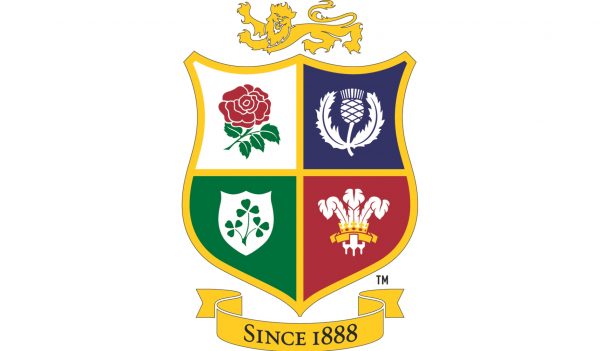 Will the British and Irish Lions tour of South Africa go ahead this summer? At this point the answer is ‘your guess is as good as mine’.

However, that does not stop the fun of a bit of speculation and with little prospect of much rugby on the horizon we thought why not get involved and pick our team, which of course we’ll then tear up and start again with come the Six Nations.

So below is my team plus the other players I would take in those positions, with some attempt at justification, have a read through and then send us your own team via the comments below or on social media!

Vunipola might have had a quieter year than some but he remains utterly world class with a skillset few can match that make a third tour and a starting position surely a given. Arguments could be made for the likes of Joe Marler, Cian Healy, Wyn Jones or Rhys Carre to join him, but I’ve gone with Ellis Genge, who will relish the physical confrontation in South Africa, and Rory Sutherland, who has been key to the Scottish scrum looking so steady in 2020.

George goes, and surely starts, after starting all three Tests in 2017 he is, if anything, even better now. Luke Cowan-Dickie could have a similar impact off the bench for the Lions as he does for England and is probably George’s closest challenger for that Test start. The third hooker option is wide open, McInally gets the nod here but he has not always been starting for Scotland of late.

Furlong and Sinckler look likely to be going head to head for the starting spot in this position. Furlong just gets the nod here, and completes the front row that also started in 2017, but it could go either way. If Sinckler gets back to 2019 levels of form he could jump ahead though. Either way, the Lions have a top class operator here. Zander Fagerson gets the nod as third choice having been outstanding for Scotland, but Andrew Porter, Will Stuart, and Tom Francis, among others, all have a strong case.

Surely no arguments that Itoje and Ryan should go, both a legitimate captaincy candidates and will surely start, the only question being whether they start together or if Itoje moves over to 6. Here though they are together, and they have the potential to be one of the great second row partnerships in Lions history. Joining them on tour are likely to be three others, and there the position really is wide open, such is the depth of talent – England alone could have three or four locks on tour. Here Alun-Wyn Jones gets the nod, though he will need a decent Six Nations, so too Courtney Lawes whose relentless physicality will surely suit South Africa, as with Iain Henderson who, like Lawes and Itoje, can also cover 6 if sheer physicality becomes the answer.

Probably the first genuinely controversial selection in the starting XV but, given the quality of back row options, any combination will be controversial. The Lions have two of the best number 8s in the world in Vunipola and Faletau and why not pick them together, they both offer totally different skillsets and will be an awesome matchup to the South African physicality. With Tom Curry, who absolutely has to start somewhere, that completes a beastly back row but also one that can play ball, too. Going with them, for his third tour, must surely be Justin Tipuric, and the tough tackling of Sam Underhill is also impossible to ignore. It is likely that a further two back row will go and, given the balance of those selected so far, they would need to offer options at 6 and possibly 8. Bearing that in mind Caelan Doris and Jamie Ritchie get the nod here, but CJ Stander, Peter O’Mahony, Dan Leavy (if he can get a run of games), Ross Moriarty, Josh Navidi, Aaron Wainwright, Hamish Watson, Sam Simmonds, Lewis Ludlam, even Alfie Barbeary are all viable candidates – and that is not even the full list.

The Lions’ weakest position, at present. No candidate has put themselves to the fore yet and it looks likely that the three to stand out over the Six Nations will be the three to go. Here Gareth Davies gets the nod, primarily for his aggressively pacey defence that will put the South African carries in that 9-10 channel under immense pressure. Connor Murray’s kicking game will be a hugely invaluable option in South Africa and if he finds his form he becomes a world class starter. Tomos Williams’ sheer talent gets him the nod for the third spot on a hunch, but he will face competition from Rhys Webb, Ben Youngs, Ali Price, and Dan Robson among othes.

Selection at fly half will determine the way that the Lions play – if Owen Farrell is seen as first choice the Dan Biggar has to travel too in order for some continuity of style across both midweek and Saturday teams, if Finn Russell is first choice then you need a similar option to him travelling for that same reason, and George Ford, of the starting fly halves, probably has the most similar capabilities. Russell starts here because what he offers is immense and with this pack he ought to have the sort of platform that allows him to flourish. Yes, it can all go wrong, but isn’t that the point? Not since 1997 have the Lions had what could be called an ‘exciting’ fly half, perhaps South Africa again is the time for another.

Five centres are likely to go with Farrell a fly half/centre, creating 6 options. Though Russell gets the nod at 10 it is an imperative that Farrell be in the team and so he starts at 12, perhaps performing a similar role there for Russell as Laidlaw used to at 9 for Scotland. Alongside Farrell is Jonathan Davies, player of the series back in 2017, age is chasing him but his know how and quality still mark him out as one of the very best. Backing them up will hopefully be a fit Many Tuilagi, while the silky skills of Henry Slade make him a must go candidate, not to mention is boot, which could be a huge weapon at altitude. The two spots alongside them look fairly open, Ringrose and Joseph are in here, but Henshaw, Aki, Sam Johnson, Chris Harris, Ollie Lawrence et al could be big challengers. A left-field shout to tour could be Huw Jones, who first rose to prominence in South Africa, however he has work to do and is currently being used at full back.

Ok, perhaps a selection that needs explaining. For the sake of argument let’s say Stuart Hogg is a certainty at 15. So why Watson and Williams? Because it’s South Africa. Both are so comfortable at full back and with the ball likely to be in the air a lot, that is a valuable commodity, that’s before we even mention the sheer world class attacking talent of Watson, and Williams’ superb all round game that saw him as one of the star performers in 2017. There will probably be three more back three players going with them and the competition is rife – we have left out, to name a few, Jacob Stockdale, Keith Earls, Andrew Conway, Duahn van der Merwe, Louis Rees-Zammit, Josh Adams, and Joe Cokanasiga. Jonny May goes because of his other-worldly exploits over the last year, while Elliot Daly’s range with his boot makes him an important option in South Africa. Jack Nowell meanwhile offers something that none of the other wings available do, Keith Earls perhaps being the closest, with his ability to pop up everywhere and compete so equally in defence and attack. Really though, like the back row, it’s wide open – and wide open through the sheer depth of quality.

So there you have it: