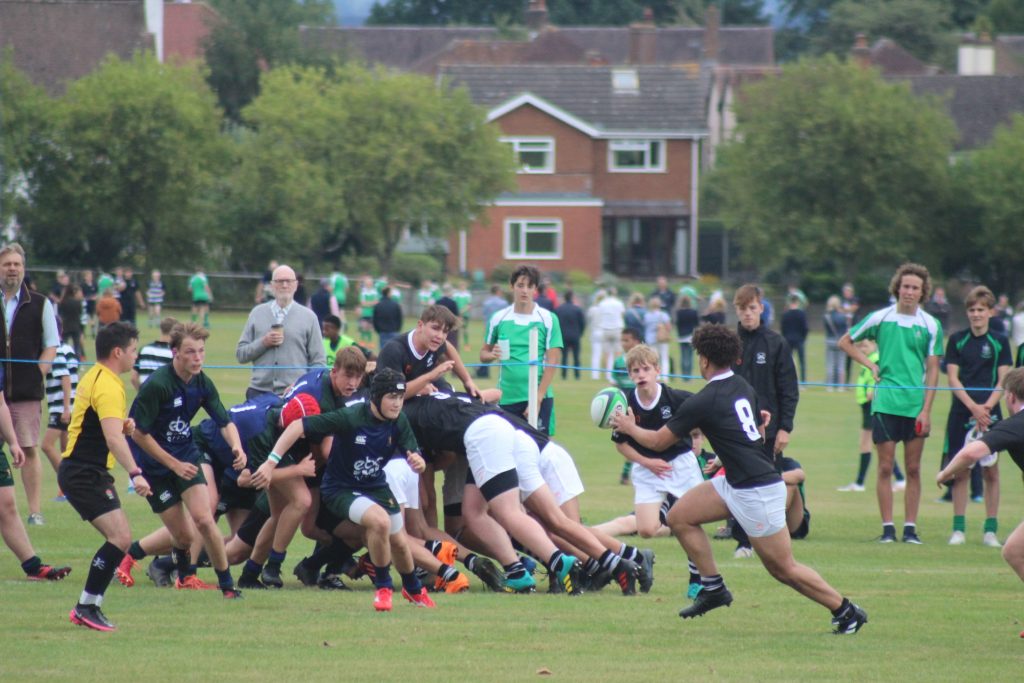 After a busy weekend of school rugby, it’s on to an intense midweek as the games come through thick and fast.

There are games every day this week as the fixture list starts to fill up – and fast. If the weekend’s action is anything to go by, then it is all set to be an exciting few days, with some fantastic match-ups ahead.

Monday’s action may well already be done by the time many read this, Sedbergh saw their weekend fixture postponed but a hastily arranged fixture away at Queen Ethelburga’s College should see them into action for the first time this season. Elsewhere Bolton School make the trip to Scarisbrick Hall, which should be a strong game with which to start the week.

Tuesday ought to be a high quality day of rugby, not least with the prestigious Oxford derby between Radley College and St Edward’s Oxford. Radley started the season brilliantly, but Teddies had a good result at the weekend too, so expect plenty of passion in this one.

There are a couple of Schools Vase games as Framlingham College host Farlingaye, meanwhile King’s Ely welcome St Ivo, also in East Anglia is a good looking game between Finborough and Langley.

In Scotland there are two massive games, not least Fettes College hosting Merchiston Castle – an absolutely massive clash between two of the biggest names in schoolboy rugby also in action are Edinburgh Academy and Morrison’s Academy.

Wednesday is a huge day, with games all over the country and a fixture list that reads more like a Saturday than a Wednesday.

Our cameras will be focused on the Haileybury v Seaford College game at Saracens’ StoneX Stadium, a game that ought to be seriously high-quality. You can read our preview of that elsewhere on NextGenXV and watch the game on our YouTube channel.

Other massive games on Wednesday include the Wirral derby between Calday Grange Grammar and Wirral Grammar, always an absolutely massive fixture. As well as a big game in Yorkshire between Bradford Grammar and Harrogate Grammar. Look out too for the fast-starting Ampleforth College, who welcome Ripon Grammar. Elsewhere in the North of the Country, AKS Lytham welcome St Edward’s College, with Austin Friars in Schools Vase action at home to QEGS Penrith, as are Giggleswick, at home to Ripley St Thoams. Meanwhile Ashville College travel to Crossley Heath, while the excellent Lancaster RGS welcome QES Kirkby Lonsdale.

One of the very biggest games of the day will be the Anglo Welsh clash between two sides that are always among the elite in each of their respective countries, Millfield and Coleg Sir Gar. It is now a long standing fixture and one of the great fixtures on the school calendar.

There is also some Schools Cup and Vase action in the South West, with Plymouth College hosting Truro School and QEH welcoming Backwell. Meanwhile outside of the Cup, look out for Dean Close, who are in action at home to King’s Gloucester. St Edward’s, Cheltenham travel to Sibford, while Shebbear College welcome Kingsley, Milton Abbey meanwhile make the trip to Poole High.

Bloxham saw their game at the weekend called off, but they are hopefully set to be in action on Wednesday, however it looks like it will be an enormous challenge ahead of them as they travel to Stowe, who have started this season in stunning fashion.

There is Schools Vase action in London, with Glyn travelling to City of London Freemen’s. Look out too for a massive west London/east London battle as Campion travel to take on Hampton, who were so impressive on Friday night. Elsewhere in the area Gravesend Grammar host Wilmington Grammar, with Grey Courthosting Esher College. Halliford, meanwhile, LVS Ascot.

Hayes will look to bounce back after a tough outing last Wednesday when they host Royal Alexandra & Albert, while elsewhere in the area there are big contests between the likes of Tiffin and Gordon’s, and Wetherby and Latymer Upper. Look out too for Duke of York’s, they host Simon Langton, and Coopers’ Coborn, who host Saffron Walden.

St Paul’s look to get straight back on the horse after that agonisingly close defeat on Saturday, they welcome Emanuel, while Merchant Taylors’ v Watford Grammar has the makings of a cracking game. So too Lord Wandsworth College v Shiplake College, which often produces a magnificent occasion.

Those are just a handful of Wednesday’s games though, the likes of Aylesbury Grammar v Royal Latin, Burford v Cotswold, Cedars v Wilson’s, and John Hampden v Sir William Borlase’s are all also going on and there is a big game in Wales as Christ College host Amman Valley.

Elsewhere, Claire’s Court host Holyport, while Old Swinford Hospital 2nd XV head to KES Camp Hill, Magdalen College, meanwhile, are in action away at Cokethorpe. There will be pleny of eyes on the busy Nottingham High, who head to Lady Manners, with Milton Abbey at Poole High and The Crypt hosting Marling and Southend High hosting King John.

Thursday is another massive day, with some huge fixtures across the country – perhaps none more so that Clifton College v Rugby, two sides that have looked among the very best around in these opening weeks of the season.

Elsewhere both Marlborough College and Cheltenham College will be looking to bounce right back after they were on the wrong ends of the results on Saturday. Not so for Tonbridge and Eton College who are both in superb form heading into Thursdays massive contest. Elsewhere in Kent, Cranbrook will host King’s Rochester.

Uppingham gave Warwick a good game at the weekend but will want to go that step further on Thursday when they host a Bedford side that will be absolutely smarting after their defeat at the weekend. Uppingham’s big rivals, Oundle, will have a tough task on their hands on Thursday as they welcome rising starts Ipswich. Meanwhile Monkton Combe head to Warminster, with Prior Park welcoming Wells Cathedral, and King’s Bruton host Wycliffe College in a trip of cracking looking fixtures in the South West.

In Scotland Loretto host Edinburgh Royal High, while back in England there is Schools Vase action between Clayesmore and Gillingham.