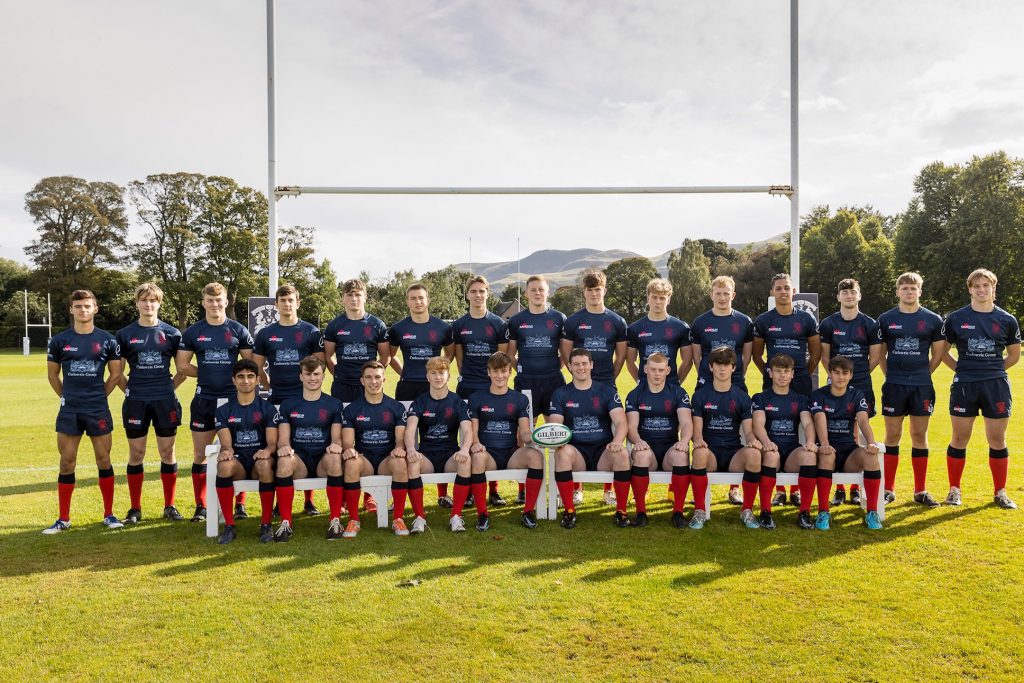 This weekend sees Merchiston Castle host a twelve-team Festival that will see some of the very best clubs and schools in Scotland and England come together.

An eight team Festival began in 2019 but the weather rather spoiled the second day, while 2020 was lost to the pandemic, making this 2021 edition a fresh start of sorts and a hugely exciting one at that.

It promises to be a spectacular weekend of school rugby, the three Scottish schools are arguably the top 3 in the country, the clubsides should be strong too, and among the English cohort are some of the strongest sides in England so far this year.

Speaking ahead of the Festival, Merchiston Castle Director of Sport Rory McCann was full of excitement at the rugby and the occasion to come:

“We are delighted to welcome both those teams that are joining us for the first time and to those who are joining us once more for this our 2nd edition of our festival. After the disruption of the last twenty months, it is great to be playing competitive rugby once again and I have no doubt that all involved will make this an enjoyable weekend.”

“Now all that is left to do is to enjoy the weekend of rugby; committed play by talented teams from across Scotland and England, ably guided by fantastic coaches, spurred on by positive and enthusiastic support, all set against the perfect backdrop of the City of Edinburgh! We wish every team the very best of luck and trust that amongst the fierce competition, the strong values of rugby will shine through.”

Those values are set to be a key feature of the weekend, where it is hoped that all teams will have a superb experience. The twelve teams are split into three groups of four, and top two from each groups will qualify for the day 2 Cup groups, the bottom two heading to the day 2 Plate groups.

Each side will play the others in their Day 2 group once and will the face their corresponding finisher in the opposite group in a final. So Cup Group A winners will face Cup Group B winners in the Cup final, A runners up will face B runners up for third place, and so on. Similarly the winners of Plate A will play the winners of Plate B in the Plate final, and so on.

What that will mean is that on each day all sides will play three games and you will be able to watch them all live via the links below.

On day 1, Group A looks tasty. Scottish schools legends George Watson’s College are in with one of the most successful sides in English schools history, Colston’s. Joining those two are Merchiston Castle’s 2nd XV and club side Stirling County.

Over in Group B the hosts’ 1st XV reside. Merchiston Castle v Bedford in that group is going to be one to look out for, Merchiston Castle, the school that has helped produce the likes of Jamie Dobie, Rufus McLean, and Zach Mercer in recent times, look a top side again this year and Bedford have shown some outstanding form at times this year. Joining those two are another English side in the form of Wycliffe College, who have had some really strong results, and club side Ayr RFC.

Group C looks intriguing, and includes surely one of the strongest challengers in the form of Stewart’s Melville, who have narrowly beaten both George Watson’s and Merchiston this season. They are going to face a huge challenge from Seaford College though, who are a massive side and blessed with real talent as those who saw them in a couple of our live streams earlier this season will know. Boroughmuir RFC are the club side in Group C, and look out for Uppingham, who have a side that is better than their results might suggest and whose Director of Sport is the former Scotland centre, Nick de Luca – who will doubtless want to see his school return from the country he once represented with some silverware.

Overall it is a strong quality field, but more important than that, it should be a fantastic weekend of rugby. As the tournament continues to grow, so its place on the calendar will become a highlights, and with the quality of teams, the aims of the Festival, and the determination of those organising it, it could quickly become one of the key tournaments of the school season.

We will be updating throughout the weekend before a full look back afterwards at what is sure to be an absolute celebration of school rugby.