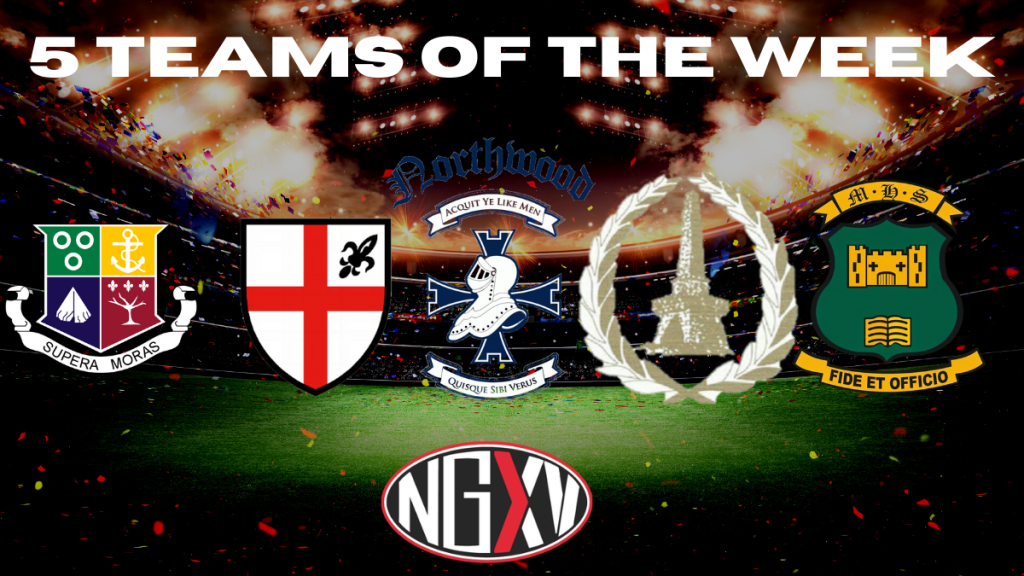 Many a betting man would naturally be inclined to favour the virtually any of the winelands schools over their Southern Suburbs rivals and when looking at results over recent history they would not be far off.

Wynberg however offer a different proposition this year, the team is a well drilled outfit and while there are those who say they do not have the star power of their rivals they certainly have quality in abundance as a unit. A comprehensive win over Boland Landbou over the weekend underlined their credentials and it certainly sets things up for an exciting season in the Western Division of the country.

For the second week running the KZN outfit make our list. We traditionally prefer to mix things up with including different schools but last week was a historical win on founders day and this week they secured a first ever victory over St Alban’s.

This is truly a historic season for the boys and we hope to see them deliver more on their potential as the season continues.

Northwood as always have a fighting spirit, compared to previous seasons however one must admit that this has not been one of their best and if you had asked any punter before kick off what the outcome would be no doubt a Westville victory was all but assured.

The Knights however battled until the very end and secured a major upset victory in the final moments of the game, hopefully this will give the boys the confidence to push forward and upset the apple cart a few more times this season.

Tjaart van der Walt’s charges were facing a mammoth task this week with a fixture against unbeaten Garsfontein, a team that has been the talk of school rugby for some time.

Monnas are a school that are capable of beating anyone on a given day, perhaps this is seen as a lack of consistency but when your program travels around the country taking on all comers then it’s easy to see how maintaining a certain level is a tough task, from the wet conditions of KZN to the dry conditions of Wildeklawer Monnas go where there is rugby.

It was not just the fact that they beat a highly fancied Garsies outfit, it was the margin of victory that took many by surprise and was seen by many as one of the upsets of the weekend. Hopefully the boys can keep this momentum going because if they do there is no reason why they cannot finish in the Top 5 of this years rankings.

Historically the Middelburg derby has been dominated by HTS Middelburg, the red half of town has produced many outstanding teams over the years and have been a true force of nature within Pumas country.

One would have certainly thought that if there was ever a year that Middelburg and the green half of town would have their chance, this would be it and they duly delivered a comprehensive win over the fierce rivals taking home the spoils with a 31-15 win.

It has been a season of ups and downs for Middelburg but this was a season defining moment for the school and their community, we look forward to seeing the program progress and look forward to many more competitive derbies in the future.