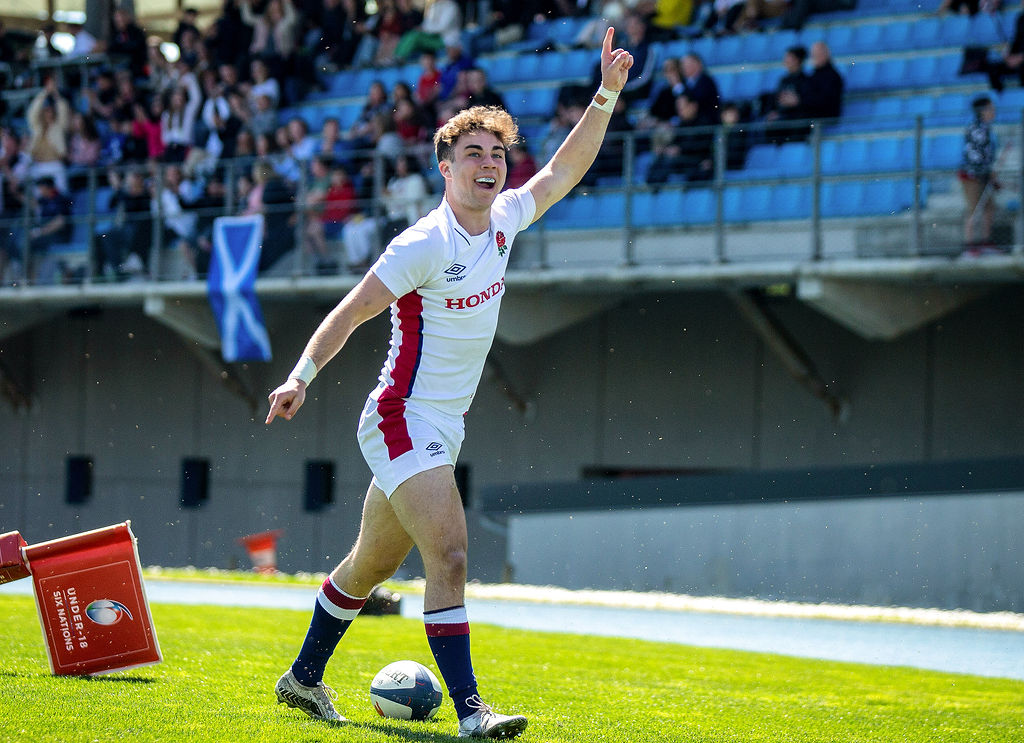 England U18 have confirmed their squad and fixtures for this summer’s tour of South Africa, as the annual summer tour to South Africa returns for the first time since 2019.

Head Coach Jonathan Pendlebury has named a 26-man squad for the three game tour, with one change to that originally named back in April as Newcastle Falcons and Gosforth Academy man Isaac Keller replaces the Yorkshire Academy man Tye Raymont.

Speaking ahead of the tour, Pendlebury said: “This is an exciting tour for the players who have worked hard with their academies throughout the summer in preparation.

“We have almost a week together in South Africa to train and I know the players are really ready to make the most of the opportunities to continue learning. We are keen to explore what representing England at U18 age group level overseas is like versus facing opposition on home soil.”

An impressive four Sedbergh School pupils have been selected in the squad, Finn Baker, Tom Burton, and Ben Redshaw, all of Newcastle Falcons, and Will Wootton of Sale Sharks.

Cousins is one of the 7 previously capped players, along with McParland and Redshaw, with the others being Trinity and Harlequins’ Conor Byrne, Wasps’ Will Glister of City of Oxford College, Dean Close’s Gloucester man Ioan Jones, and Wellington College’s Rory Taylor, who is part of the London Irish Academy.

Saracens due Barney Merrett of Sutton Valence and Gravesend Grammar’s Olamide Sodeke are both in the group, so too Denstone College star George Perkins of Leicester Tigers. Exeter Chiefs’ sole player in the squad is Truro College’s George Edson, while Sale Sharks have Frank Chatterton of Stockport Grammar alongside Sebdergh’s Wootton.

The sole Yorkshire Academy man is Tom Burrow of Heckmondwike Grammar, with Worcester Warriors’ sole player in the squad being RGS Worcester’s Loic Keasey. Along with Trinity’s Byrne, Harlequins also have his big Croydon rival in this England U18 squad, Whitgift’s Sean Kerr.

Streaming details are yet to be confirmed, but it is likely that all three games will be broadcast live and details will be circulated once confirmed.

Fixtures (all at Paarl Gymnasium):