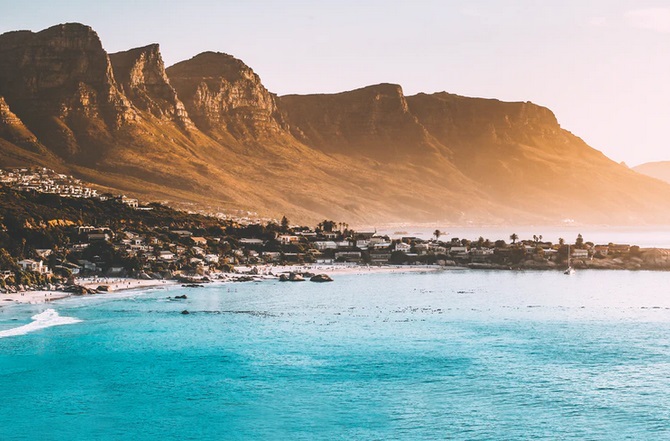 Certainly a player that needs no introduction now but few players have been underappreciated at school level. A part of 2 Craven Weeks for Western Province Kolbe only truly announced himself during the 2013 Under 20 World Championship. Kolbe has gone on to make his mark on world rugby and is considered by many to be one of the best players on the planet.

At school level Leyds was nicknamed “Quade” and for good reason! A lethal stepper and a player who bought crowds to their feet he was without a doubt a player who personified Bishops’ philosophy of running rugby. It was a shock to many that he was not included in the SA Schools side but 2 years later would go on to represent the SA Under 20 team before finally making his debut for the Springboks in 2017.

A physical call carrying centre Smit is likely one of the most underappreciated players on this list. A key player for Bishops where he excelled Smit was selected for Western Province in academy week in 2014 and in 2015 went on to represent the province at Craven Week. He impressed enough to be named to the SA Schools Academy team. Since leaving school he has gone on to play age group rugby for Western Province and since 2018 has been a stalwart in the all conquering Maties side in the Varsity Cup.

Kotze’s talent has been evident from a young age, having played alongside Leyds and Swiel in a successful Bishops team it was clear that a bright future awaited him in the game. A SA Academy player in school Kotze represented Western Province at youth level before moving to the Bulls where he is currently based.

If you ask any student at Rondebosch who was around in 2016, “Mavz” ran the show! One of the most exciting wingers ever produced by the school Mavovana was simply electric during his break out 2016 season. Currently at Maties where he has already scored his first Varsity Cup try there is little doubt that the young flyer has a huge future in the game.

One has the feeling that had Tim Swiel been born in any other country his talents would have been far more appreciated and his unique talent would not have gone unnoticed as they have been in South Africa. A journeyman career has seen him move between clubs in the UK and South Africa and at 27 years of age his career is certainly not over but managed correctly and being afforded more opportunity there is no doubt Swiel could have gone all the way.

The only reason more people have not taken notice of Vusile Dlepu is because he is cursed to have been in the same age group as future Springboks Jaden Hendrikse and Sanele Nohamba, but with time, trust and patience he could go on to rival these two talents if his exploits at school level are anything to go by.

A player that has long been destined to represent the Springboks Notshe is one of the few players to have done the “double-double” representing SA Schools and SA Under 20 for 2 years each. A loyal servant to the Stormers his form was rewarded with selection to the South African “A” team where he scored 2 tries in 3 appearances. In 2018 he received his first of 6 Springbok caps, a move to the Sharks followed where he has rediscovered his form and were it not for the lockdown there is little doubt he would have been part of the Springbok reckoning this year.

A freak athlete, Davids is one of the most explosive players seen at youth level. Built like a traditional loose forward and having the speed of most backs this lethal combination ensured he was one of the most feared and respect players on the field of play. He has become a stalwart of the Springbok sevens team and we are waiting in anticipation when he finally makes the transition to the 15 man game where no doubt his future truly lies.

Another player that one feels has been somewhat underappreciated, da Silva was an exceptional school player that most punters believed would have a glittering rugby career. Explosive and with deceptive pace da Silva has been doing the rounds at Varsity Cup level and has recently returned to the Cape after spending time with Tuks and the Bulls. Being only 24 years of age means time is still only his side and if he gets his opportunity no doubt he will take it with both hands.

An absolute stalwart for Rondebosch in the early part of the decade, a no nonsense lock forward he made his name at the 2010 Craven Week tournament after having represented Western Province at youth level. In 2012 he represented the Ikey Tigers at the Varsity Cup dotting down 5 times in 5 appearances with his form resulting in him being rewarded with a Western Province senior cap the following year. In 2015 he made the move to Bristol where he spent a few seasons before moving to his current home at the Ealing Trailfinders.

To come from an unfancied school and still make Craven Week in what is arguably the toughest Union in South Africa speaks volumes about Kitwanga. The Congolese born giant brings a mix of brute force and dynamism to his game, you would be hard pressed to find a more athletic tight forward than he. Currently the two meter Kitwanga is plying his trade in France at Bordeaux, how long until he becomes a full French international?

South Africa has a knack for producing world class props and Sadie is a player who can go on to achive world class status. At school level he brutalized his opponents, his sheer ferocity was overwhelming and his ability was rewarded with Craven Week call ups in 2014 and 2015 with the cherry on top being SA Schools selection. A double with SA Under 20 followed and he was called up to the Stormers senior squad in 2018, he currently plies his trade with the Lions and was recently named in the Springbok Gold squad, no doubt he is on his way to wearing the Green and Gold.

A powerful and high mobile hooker Alexander was a standout for Wynberg Boys in 2018. He was rewarded with selection to the Western Province Craven Week team and subsequently made the SA Schools team and was this year included in an extended 45 man Under 20 South Africa training squad.

Ask any Bishops boy from the early 2010’s who they thought most likely to wear the green and gold and most would answer that Tshepo Motale would have likely been top of the list. A powerful scrummager whose talents in the scrum allowed his backs front foot ball Motale played two years of Craven Week for Western Province and was unlucky to have not been included in the SA Schools squad. We do not have any information on what has happened with his career, if you have any information we would love to hear from you.

Next: Winelands Schools Team of the Decade

SA Rugby Under 21 Competition 2020
Winelands: Schools Team of the Decade
Skip to toolbar