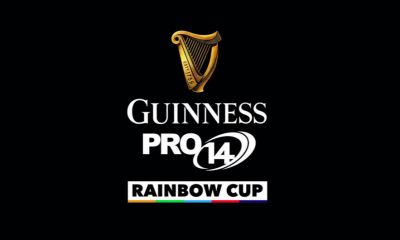 Round 5 of the Rainbow Cup saw youngsters involved in all 6 matches with Edinburgh’s prospects more than holding their own against a veteran Ulster side.

It was encouraging to see young prospects showing not just pace and agility but also matching up physically with the likes of Jacobs, Roos, Muncaster and others being an outlet for front foot ball. This will undoubtedly be a key asset as they progress and aim for test match honours.

Jacobs started the match in explosive fashion with a superb high ball take and powerful carry wide breaking 2 tackles with apparent ease. The Paarl Gim old boy topped his teammates in metres made against a stubborn Stormers defence and showed nice hands with a behind-the-back offload in the lead up to a late try. The winger will, however, be disappointed with his defence for a Stormers try as he was drawn in by the play, freeing up Specman out wide.

Playing the full 80 minutes, Roos once again carried hard and showed typical leg drive through the contact. The former Paarl Boys’ man offered plenty energy in defence as well with 20 tackles on top of several counter-rucking efforts, with one leading up to his team’s first try. Grey College’s Andre-Hugo Venter came off the bench late in the game for a Rainbow Cup debut and was tested defensively but held up well in a hotly contested finish.

Once of Newbridge College, Prendergast played the full match on the blindside and his all-round game was evident throughout. The back row tackled well and once more showed off his defence around the maul while also carrying hard with one particular effort off first phase leading up to a 1st half try.

Starting at inside centre, Hawkins was often under pressure from Connacht’s defence but showed composure when distributing and was eager to get involved in all areas of attack for Ospreys. The youngster from Cwmtawe Comprehensive School cut a superb line early in the 2nd half to break through before stepping a covering defender and being brought down within inches of the line.

Topping Glasgow’s defensive stats with 21 tackles, Darge showed off his ability to chop down ball carriers as well as the strength to hold them up high and stop offloads. The former North Berwick High School pupil carried well and his footwork around the contact is a real point of difference, allowing him to find softer shoulders and get out of trouble in tight spots. Trinity Grammar’s Tom Lambert came on late in the game and struggled initially against Porter in the scrum but managed well thereafter while also involving himself in Glasgow’s physical carrying to close out the match.

It was another encouraging performance from 19-year-old Hendrikse at stand off. The former Glenwood playmaker was impressive under the high ball and distributed well while also racking up 10 tackles in defence before being substituted in the 66th minute. Young back row Emmanuel Tshituka was brought on a direct replacement for his brother Vincent after just half an hour played when he unfortunately got injured. The former Northcliff High School student played the rest of the game at blindside flanker and made an impressive 14 tackles. The youngster also made efforts with the ball in hand but was never afforded much space to stretch his legs and show off his athleticism.

Young scrum half Hendrikse made his case for inclusion with the Springboks with a quality all-round performance. The Glenwood product’s delivery was quick and accurate and aggressive in defence with an excellent tackle on his brother to snuff out an attack at source. A particular highlight for the youngster was his support play after a line break by Mapimpi turning defenders inside out before offloading to Buthelezi with the try assist.

Edinburgh rolled out their youngsters against a strong Ulster side with Harrison (Peebles High School), Muncaster (Rugby School) and Paterson (Fettes College) all starting. Young hooker Harrison made a terrific impact on both sides of the ball with his strength belying his years but it was his pace that stood out with an early line break before a double tackle on defence where he chased down the Ulster scrum half on his way to the line. Muncaster played the full 80 minutes at number 8 and was Edinburgh’s primary ball carrying option throughout the match. His physicality and fitness was notable and he looked comfortable in his role alongside his more senior teammates. Young fullback Paterson didn’t have many opportunities in attack but looked particularly dangerous when he did have them. Finishing with 5 defenders beaten and 2 clean breaks, his footwork in space was a threat and the debutant didn’t put a foot wrong in defence.

Also making his professional debut, Harri Morris (George Watson’s College) came on in the final minutes and made an impression with a big tackle leading to a turnover and Edinburgh score to level the match. Fly half Chamberlain (SGS College, Bristol) was also brought on late but was able to impact the game with Ulster in possession for most of the last few minutes.

Hampton School product Bradley started at openside and tackled hard against an at times overmatched Zebre side. The flanker also managed to drive over from short range in solid outing before coming off mid-way through the 2ndhalf.

Playing the full game at outside centre, Mori was a bright spot for his side throughout the contest with his dangerous combination of pace and power. The former Livorno player finished off a line break from halfway evading Matthew Morgan on his way to dotting down at the beginning of the first half and ended the match with 57 metres made and 4 defenders beaten. His international teammate, Jacopo Trulla was introduced at fullback with 20 minutes left and his pace was on show with a nice late counter-attack although his team were under the cosh with only 13 men for the final 10 minutes.

PrevPreviousLand Rover Discovery of the Season Shortlist Revealed
NextStepping Up: Which U21s were involved in Round 21 of the Gallagher Premiership?Next