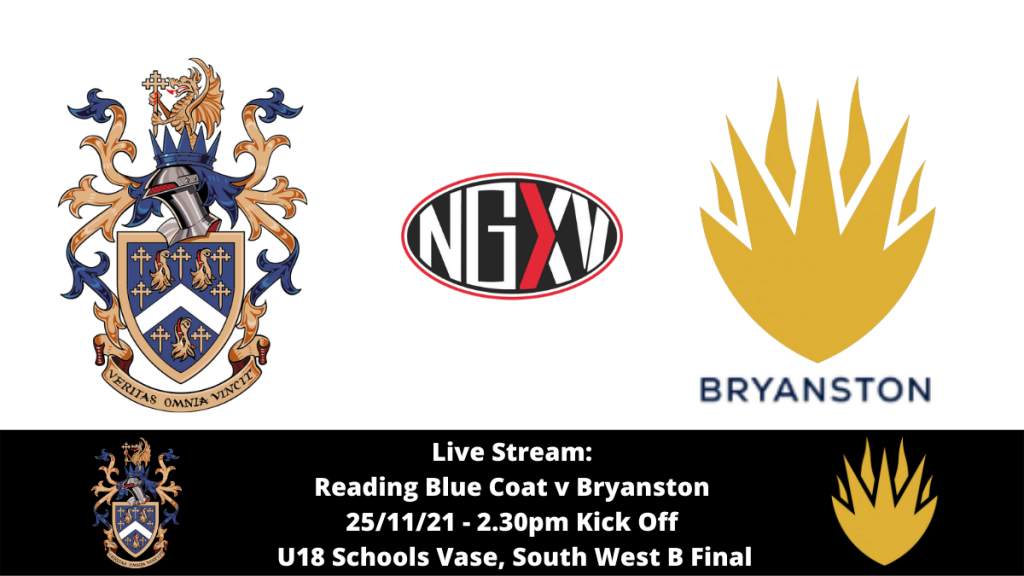 The Schools Vase has been an intense competition this year, and alongside these two there are some top sides in the draw, among others the giant killing Skinners’ and the new giants on the block, Ipswich.

These two will go into Thursday afternoon’s South West B final thinking that they have every chance of making a run to Twickenham for the final though, and you will be able to watch the game live on our YouTube channel or embedded below this paragraph.

Reading Blue Coat’s route to this point saw them defeat St James’ and The Oratory in the opening rounds, their game against The Oratory was a cracker. They then had a stunning victory at Windsor Boys’ before a 14-10 victory away at Dauntsey’s to send them into this regional final.

Bryanston meanwhile, once a real giant of the school game as they produced the likes of Charlie Ewels, Max Clark, Tom Woolstencroft, and Rory Jennings, had a walkover against Poole in Round 1 before a close victory at Bournemout in Round 2. A 17-0 victory over Clayesmore at home followed before a tight 7-5 victory over Churcher’s College in Round 4 to send them into this game.

That tight win over Churcher’s modes well for a great contest on Thursday afternoon. Reading Blue Coat have also faced Churcher’s, back on the 8th October, and drew 21-21.

Overall Reading Blue Coat have the slightly better record, having won 9, lost 2, and drawn 1 of their twelve games this year, with Bryanston winning 6 and losing 3 of theirs, however that is tempered somewhat by the fact that Bryanston have a particularly tough fixture list.

What is all sets up for is an epic U18 Schools Vase clash, a game that all the signs suggest should be a classic, a close and gritty knockout tie. We can’t wait.