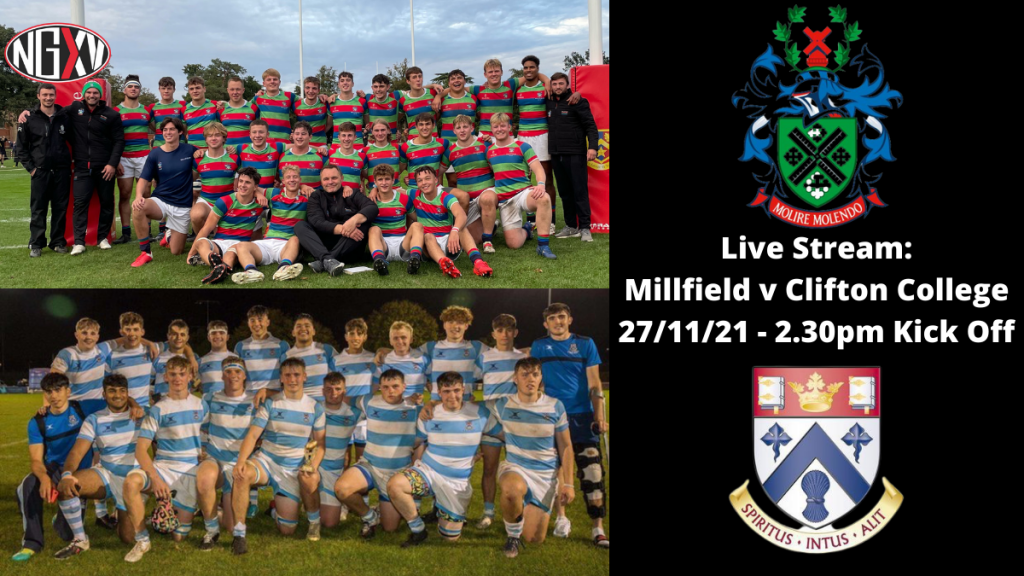 On Saturday afternoon NextGenXV will live stream one of the biggest school rugby games of the season so far as Millfield host Clifton College on their famous Sir Gareth Edwards 1st XV pitch.

It pits two of the finest sides in the country in this, or indeed any other, year against one another in a game that could very well end up determining the course of the Daily Mail Trophy come the end of the season.

These two are about far more than just the results though, both play a fantastic brand of rugby and have produced some of the most spectacular players in recent times. Two of those players will be joining us as co-commentators for Saturday’s 2.30pm kick off, Bristol Bears pair Ioan Lloyd and Tom Whiteley.

Whiteley is a former Millfield star and a legend of the school game after his stunning performances in a Millfield backline that included the likes of Callum Sheedy and Adam Hastings as well. He joined Bristol Bears from Saracens this summer, liking up with Lloyd, who joined them straight after leaving school. Lloyd was a superstar for Clifton College and quickly went on to star for Bristol, earning a Wales cap at just 19 years of age.

You will be able to listen to both as you watch the game which kicks off at 2.30pm on Saturday and will be available on our YouTube channel and embedded below this paragraph.

Against Whitgift last week Millfield were down and out, but conjured a try with the last play to allow Sam Harris to kick a conversion for a last-gasp win. Only a week before Clifton College had done the same against Wellington College when a last play drop goal from Sam Worsley secured the victory for them. That battle between those two England U18 fly halves, Harris and Worsley, is surely going to be one of the key areas in Saturday’s game.

Millfield had their own drama against Wellington College, a stunning late try earning them the victory in their last game before the St Joseph’s Festival in half term. That set the momentum really rolling for Millfield, who then went on to win the St Joseph’s Festival, their first triumph there since Whiteley’s glorious side of 2014, and a victory that made them the outright most successful side in the Festival’s history.

So each side has had their dramatic victories, and over common opponents, and in fact they have four shared opposition in total so far, each beating Wellington College, Sherborne, Cheltenham College, and Hartpury College, and by broadly similar scores too.

Those results are old news though, the players have long since changed, even since May where the U6th leavers were really the ones being given game time. Perhaps better to look back to performances at younger age-groups, and even there things look close. The current U6th have experience of the game going Clifton’s way, 24-7 as U16s in 2019, while the current L6th have memories of things going Millfield’s way, 32-24 as U14s in 2018.

The truth is that this game really could go either way, everything looks set for an encounter that could be absolutely epic in scale, quality, and drama. We simply can’t wait to bring it to you live on Saturday afternoon.