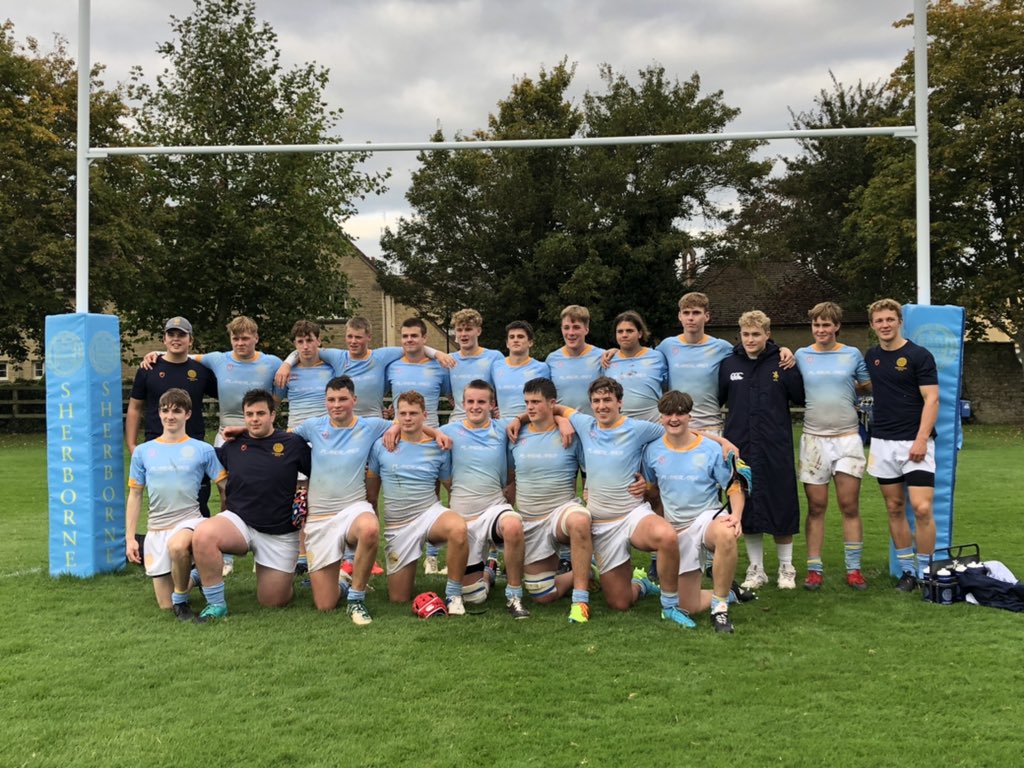 After a quiet start to the school rugby in 2022 last weekend, this weekend sees a packed schedule with some absolutely brilliant fixtures on the list.

There will be some absences on team sheets due to clashes with the U18 Academy League and the Lambs on Saturday and Sunday, but nevertheless there are some absolutely sparkling looking games of rugby on offer.

Perhaps nowhere more so than in Scotland, where the Scottish Schools Cup kicks off at the quarter final stage, and so too the second tier Shield. The Cup has no been held since the 2019/20 season due to Covid, Stewart’s Melville College won it that year with a 24-14 victory over George Watson’s College in the final at Murrayfield.

This year Stewart’s Melville begin what is, in effect, their defence of the title with an away trip to Glenalmond College, while George Watson’s Colllege’s hopes of a return to Murrayfield begin at home against Dundee High School.

Merichston Castle won the title the year before, in 2019, defeating St Aloysius’ College 40-7 in the final. Those two will meet in a repeat of that final in this year’s quarter final on Saturday, while in the last of the four quarter finals Hutcheson’s Grammar will head to Dollar Academy, who have not won the Cup since they lifted it three times in a row in 2003, 2004, and 2005.

Over in the second tier Shield competition, St Columba’s College and Morrison’s Academy go head to head, as do Preston Lodge and Lasswade High. Meanwhile Loretto will face either Know or Haddington, while Queen Victoria School will face either Balfron High or Strathendrick. Elsewhere in Scotland Edinburgh Academy and George Heriot’s also go head to head.

Meanwhile in England the big games keep on coming thick and fast, and among the standout games is a massive one between Warwick and Hampton, two sides that have faced each other in some absolutely massive games over the years. It’s a first game of 2022 for Warwick, while Hampton last week enjoyed a triangular with Brighton College and Tiffin. Brighton College are also in action this weekend off the back of that event, this weekend they travel to east London to take on Campion and will surely be looking to add to the free-spritied style on show last weekend.

One game to keep a massive eye on is Ipswich v Sedbergh, it is the Sedbergh U17 side due to their number of players involved with Sale and Newcastle, but make no mistake, this will still be a serious Sedbergh side. Ipswich are unafraid of testing themselves though, one only has to see fixtures previously against the likes of Kirkham and Whitgift to know that, and after beating local rivals St Joseph’s College on Wednesday, they are going to be pumped up to the maximum for this game at Loughborough University.

Staying in the Midlands, there are plenty of other fixtures, including an exciting looking game between Bishop Vesey’s Grammar and Old Swinford Hospital, while KES Birmingham have a tricky home game against Bablake & King Henry VIII, who impressed so much last term. Solihull, who last week took on Sir Thomas Rich’s, are in action at home to Loughborough Grammar, while Shresbury host Repton.

Arguably the biggest game in the Midlands though is a massive game between Northampton School for Boys and St Benedict’s. Only Harrow beat St Benedict’s last term, and even then it was in the Cup by a narrow margin, as they stormed to a third place finish in the Daily Mail Trophy. Northampton School for Boys didn’t have quite the same strength of season as in some of their pre-covid years but they were still impressive and were playing on an incredibly tough circuit. They will provide St Benedict’s with one of their toughest tests of the season so far and it should make for a classic encounter.

In and around London there are a couple of fixtures taking place, in the South East Chisleshurst & Sidcup host John Fisher, while North of London in Hertfordshire, St George’s Harpenden welcome Coopers’ Coborn.

The South west of the county sees two of the finest sides in England up against Welsh opposition in a couple of Anglo-Welsh clashes. Clifton College, who were so good throughout the year, only losing in that classic clash against Millfield, are at home against Cathedral School Llandaff, which promises to be a fantastic occasion. Meanwhile Sherborne’s preparations for their Schools Cup semi final against Trinity begin with a tough game at home to Christ College, who have been flying in the Welsh Colleges league. The South West is certainly a hot spot of schools rugby this weekend.

The North of England is looking particularly strong as well this weekend, with Lancaster RGS v QEGS Wakefield one of a number of enticing looking games of rugby. Cheadle Hulme and Manchester Grammargo head to head and it is in the North West where the bulk of the action is happening, Crossley Heath hosting Altrincham Grammar and St Ambrose College welcoming St Anselm’s College among the big games.

King’s Macclesfield host Birkenhead, while St Edward’s College host Welshmen Rydal Penrhos, meanwhile Stonyhurst College will be up against St Mary’s College, Crosby. St Mary’s near namesakes, Mount St Mary’s College, will be at home against Hymers College further East in what should be a top game of school rugby.