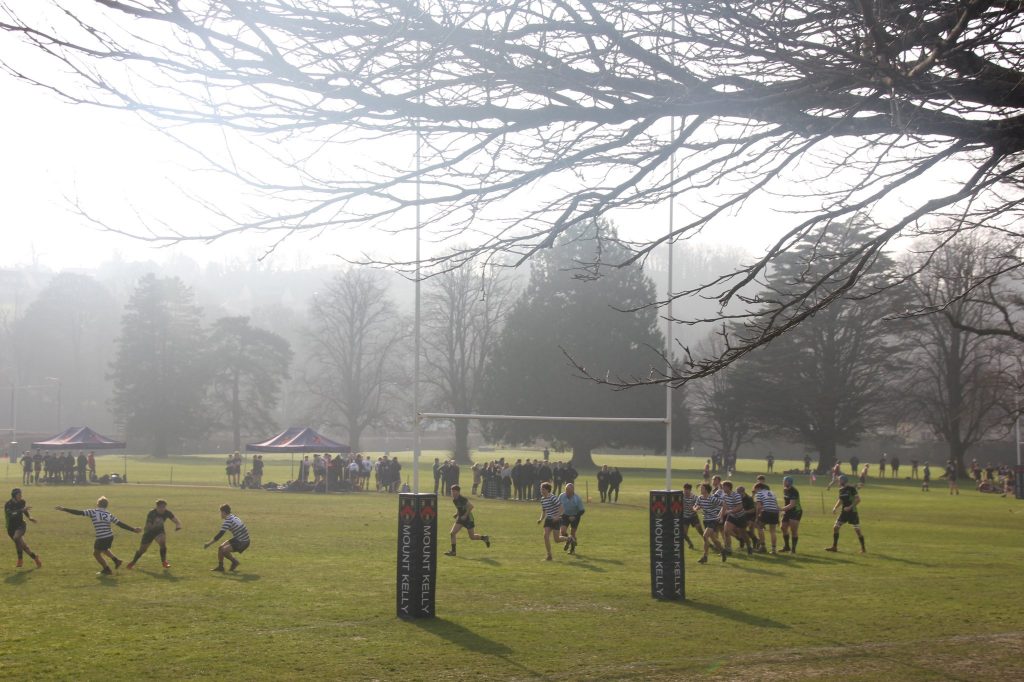 It was the first big short-form tournament of the season, and will be swiftly followed by the Seaford 10s on Sunday, which we will be live streaming and you will be able to watch via the live links below.

Over at Mount Kelly, Millfield claimed the title in a competitive competition. Both initial pools ended up with the top 3 all tied on points, with only points difference able to separate them.

In total there were ten teams in action, split into two groups of five, with the top two from each heading to the Cup semi finals, third and fourth to the Plate semis, and fifth place straight to the Bowl final.

Over in Group 2 it was a similar story with Millfield, King’s College Taunton, and Bridgend College all level on points after Millfield had beaten Bridgend but lost to King’s Taunton, who then lost to Bridgend. Millfield topped the pile thanks to a very healthy points difference, and it was to be King’s Taunton that joined them in the Cup but only by a single point from Bridgend, who went to the Plate alongside Truro School. Colyton Grammar went to face Plymouth College in the Bowl Final.

As it would turn out though, King’s College Taunton then had to pull out, bumping Bridgend up to the Cup and leaving Truro College with a semi final bye in the Plate.

In the Cup semi finals Millfield were up against King’s Bruton, where they sealed a 15-5 victory to head into the final, and they were to be joined by the hosts after Mount Kelly beat incoming Bridgend College, from Wales, 19-0.

That set up the hosts against one of the most famous rugby names in the world in the final, and Millfield delivered on that fame for a 7-0 victory to start their shortened format season with a bang.

Over in the Plate Truro School joined their neighbours Truro College in the final thanks to a 24-0 victory over Torquay Boys Grammar in the semi final, and the final lived up to that local rivalry billing, with Truro School just edging out their ACE College opposition 10-7. Over in the Bowl, Plymouth College picked up the silverware, beating Colyton Grammar 21-12.

In the end though, the story was that Millfield’s 10s and 7s season has started off where they left off in the 15s season – riding high. As they build towards the Rosslyn Park HSBC National School 7s they are going to be one of the ones to watch. Look out for Mount Kelly too though, who had a strong day and put in a real challenge in the final.