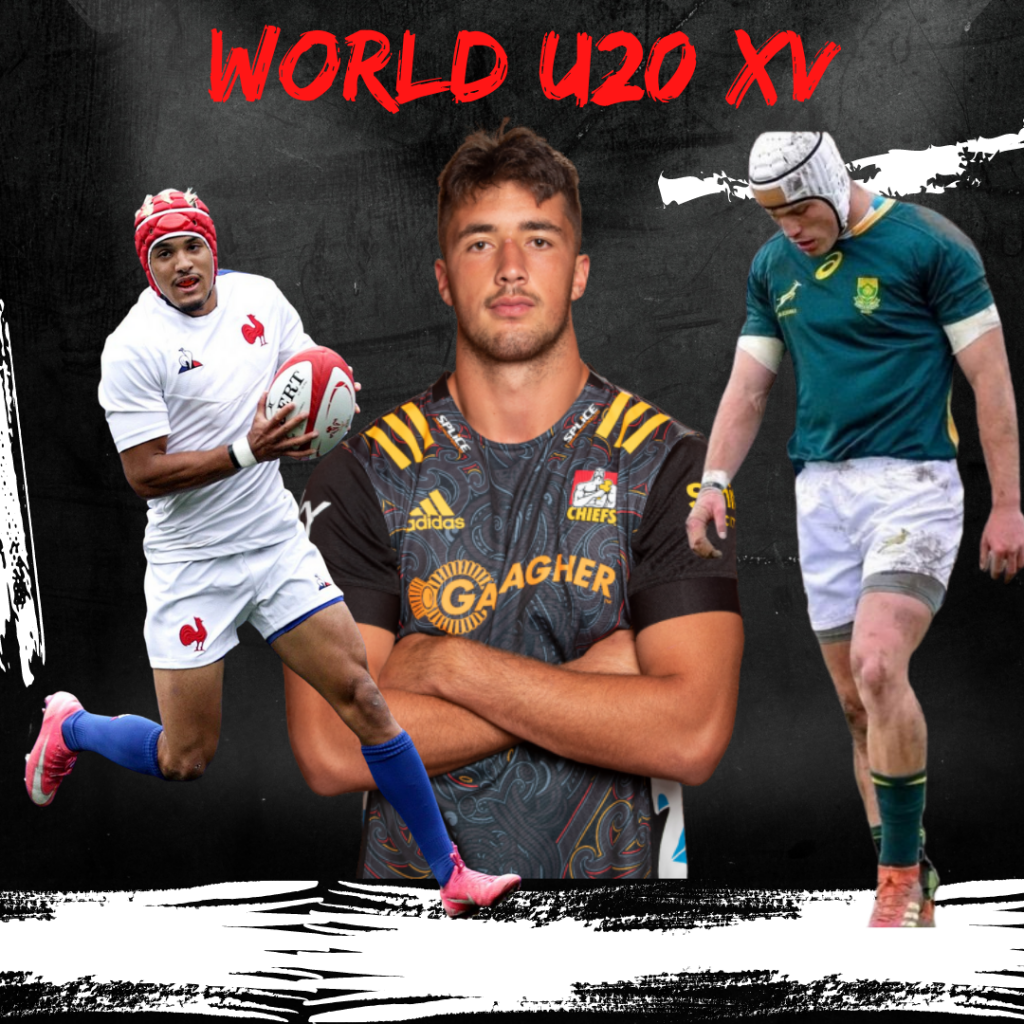 As we do every year we go through loads of video and articles as well as check our extensive database of scouts and agents to determine the best Under 20 rugby players in the world.

The video below is our Starting XV, at the end of the video you can view our Under 20 XV bench.

The video will be live 2pm South African time and 12pm England time.

New Zealand’s depth at hooker is well documented and Vikena is clearly yet another player who is going to give All Blacks selectors a headache in the near future.

A product of MAGS in Auckland he showcased his brute force, excellent carrying skills and unparalleled passion for the game as a schoolboy in what many feel is the toughest school rugby league in the world. Having stood out as a school player he was rewarded with New Zealand schools colors and went through the Under 20 system with only the situation preventing him from any game time.

Highly rated within the New Zealand system we are certain it wont be long before he is a household name.

The Welsh have a long and storied history of producing exceptionally gifted props who combine brute strength with excellent ball playing abilities and Phillips looks to be yet another of these prospects.

A member of the Cardiff Academy system he made the move to Ospreys to fast track his way into senior rugby and was rewarded with a debut for the Welsh giants earlier this year having come on in the match against Zebre as a substitute.

Standing at 6 feet and 3 inches and weighing in at 113 kg Phillips still has time on his side to grow even further which is a frightening prospect in itself and with the youngster having made 3 senior appearances already one feels that even more chances will come his way very soon.

Without doubt one of the most underrated young rugby prospects on the planet right now in our humble opinion Coronel was nothing short of devastating in the recent Under 20 series in South Africa with some truly standout performances.

Having to face off against a player that is the size of Jan-Hendrik Wessels would be tough for any player, Coronel took it in his stride and refused to be intimidated and was dominant in the scrums. Against Uruguay he showed his versatility with some excellent carries and was rewarded with a try.

Not much information is available on the player online but best believe that this is a player we feel will be on everyone’s radar sooner rather than later.

Hooper has long been known to Aussie rugby scouts as a large, tough and uncompromising  lock forward since his days dominating opposition exchanges and lineouts while at St Stanislaus College in Bathurst.

A selection to the Australian schools team of 2019 was never in doubt and Hooper played a key role in the Australians shock win over their New Zealand counterparts showing that at junior level some real talent was coming through.

Like many young players the situation has meant international age group rugby was hard to come by but he was recently called up to the Brumbies senior squad where he made his debut and no doubt a big future awaits.

Siya Ningiza is a player who does his talking on the field of play, and despite only being out of school for one year has already showed incredible maturity for his age and is without doubt a star in the making.

Siya did not have it easy growing up and a chance encounter with a talent scout would allow him to continue his rugby education and the revered Maritzburg College where he was a standout talent. Another player who was robbed due to the situation when the youngster was called up for the Junior Springbok squad many could be forgiven for thinking – Siya who? But they all found out just as his opposition did that you underestimate Ningiza at your own peril.

His first outing was not ideal, he found the physicality tough to deal with and despite playing with plenty of heart many thought it may have just been a step too far for the youngster. Coach Bafana Nhlkeo a man known for uncovering talent stuck with Ningiza and he was rewarded by a series of exceptional performances where despite only being Under 19 Siya showed that he is a player for the occasion and will not be held back by mistakes, the youngster is here to learn and one has the feeling deep down that the coach Bafana and Siya Ningiza story is far from over.

Dobie has been called the future of Scottish rugby, a title that would place what some may deem to be unnecessary pressure on young players but Dobie is not your average Under 20 player and relishes the big occasions and any pressure thrust upon him.

A product of one of the worlds famous rugby schools Merchiston Castle Dobie has been destined for higher honours from a young age with his performance in helping his school to the Scottish National Title leading to a host of English premiership clubs vying for his signature.

Dobie ultimately chose to stay close to his roots however and signed with the Glasgow Warriors where he has made 20 appearances despite not yet turning 21. Dobie along with a few other Scottish prospects are players one feels can lead the Scottish into a new era.

Jordan Hendrikse has always been a gifted athlete, the younger brother of current Springbok Jaden some felt that he would perhaps live in his brothers shadow and few could have anticipated the meteoric rise he would have since leaving school.

With injury concerns mounting at the Lions, the Union was forced to turn to a young and inexperienced Jordan Hendrikse. The coaching staff were rewarded by uncovering a hidden gem, a player who looked born to play at this level and one who is on the fast track to gaining higher honours.

126 points in only 14 appearances for the Johannesburg based outfit and this at such a young age only bolsters his credentials, his performances for South Africa Under 20 were simply outstanding and he showed that at age group level that he will only be ensuring that the selectors have a tougher time choosing a heir to the Handre Pollard throne.

On a personal note we do hope that one day in the near future we see Jade and Jordan take to the pitch together, both brothers ooze talent and for their small community in the Eastern Cape seeing the brothers Hendrikse take to the field together will be a fairytale in what has become an amazing story.

Remember the name Chay Fihaki because in just a few years it is going to be an extremely recognizable name on the world stage.

The only thing that prevented Fihaki being named to our starting XV was the fact that it is not yet clear which his preferred position just yet, his versatility during his younger years will no doubt be seen as an asset but as his career progresses he needs to dig in his heels and stick to his preferred position.

So far the Sacred Heart alumnus has scored 23 points in 7 appearances for South Island giants Canterbury and one expects that he will almost certainly be called up for the Crusaders come next years Super Rugby competition.