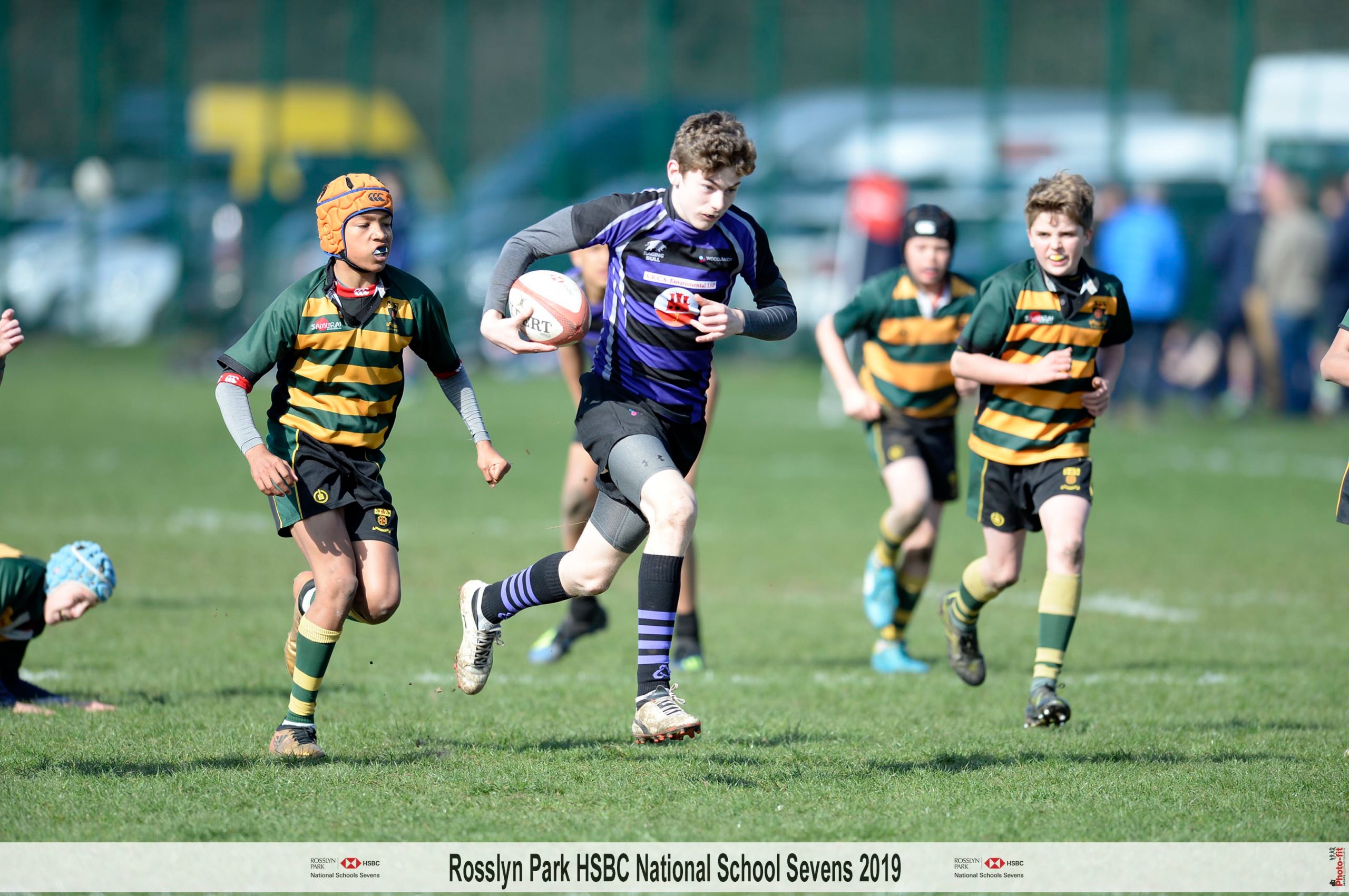 The Rosslyn Park HSBC Virtual 7s in association with NextGenXV kicked off today with the votes for the U11 and U13 Boys Competitions.

Hosted on the Rosslyn Park National School 7s Twitter Page, @RPNS7, the votes came flooding in throughout the day, with the U11 competition kicking the day off at 10am, before the U13s took over at 2pm.

With just 20 teams in the U11 draw it was a short, sharp, and intense U11 vote, but when the 139 team U13 competition rolled around things stepped up another notch, with tied votes, some games decided by single figure amounts, and an increasingly wide surge of support from the outside as schools started to march through the rounds.

St John’s, Beaumont where the stars of the show, dominating the U11 voting to reach the final against a popular Oakham U11 Group. Hopes of a close vote in the final were quickly dashed though, as St John’s pulled on the momentum they had built among their voters to take the U11 title with a stunning 76.8% of the vote.

Along the way they had out-voted some huge names in school rugby, heading a Group that included Bromsgrove, St Cedd’s, and Hampton, before beating Dulwich College and Terra Nova in the knockouts.

That St John’s surge of support took them all the way to the U13 Final, where they came up against last Virtual U14 champions, Woodlands School, the former school of Tom Wood and Neil Back.

It resulted in an epic final, won by just a handful of votes. It was Woodlands that took it, denying St John’s the double, in the most dramatic fashion – coming from behind to take the U13 Rosslyn Park HSBC Virtual 7s in association with NextGenXV 50.4% to 49.6%.

The tension gave it almost a life-like feel as the second ticked down, the competition hanging in the balance the whole way.

As an opening gambit for the week’s action, it simply could not have been better.

Both sides in the final had to come past some bit names, Woodlands route saw them top a group containing Aysgarth, Lancaster RGS, and Newcastle School for Boys, before King’s Worcester, Monmouth, Haileybury, Welland Park, and, in an epic Semi Final, Millfield were all seen off.

St John’s meanwhile came through Group DD before a Phase 2 all St John’s group, featuring their namesakes from Northwood and Leatherhead. Up next came Clifton College, followed by Felsted, and a supremely well voted for Bishop’s Stortford High.

It all came together in the end for a spectacularly close final. Let’s hope the rest of the week brings more of the same!

Tuesday sees the U14s take over, a hotly contested competition in 2020, which saw Woodlands School secure the Virtual titles after beating Millfield in the final.

That could happen again tomorrow, they are on opposite sides of the draw, but there is a long way to go before we think of that. Voting opens at 10am on Twitter at @RPNS7 with 168 sides in the draw to begin with.

You can see our full U14 Preview here: U14 Preview – Rosslyn Park HSBC Virtual 7s in association with NexGenXV.

Make sure, also, that at 12.30pm and 4.30pm you tune into @rosslyn_park_school_7s on Instagram, at 12.30pm VEO are running a session on Insights and Analysis, while at 4.30pm long term charity partners SKRUM will be talking about what they do.

Check the Schedule for the Week here:

The draws for all of those can be found here:

What do I need to do?

Make sure that you are following @RPNS7 on Twitter as that is where all the voting will take place, and to get involved in some of the lunchtime and afternoon sessions and Q&As, make sure you are following @rosslyn_park_school_7s on Instagram.